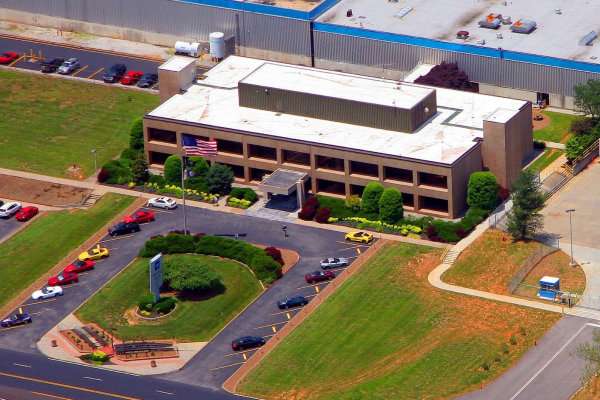 The National Corvette Museum announced earlier this week that tours at the Bowling Green Corvette Assembly Plant would be suspended for 18 months beginning on June 16th and while we don’t know the reason, this break could be retooling for a new Corvette – maybe with an engine located behind the seats.
Advertisement

The Corvette plant in Bowling Green, Kentucky is one of the few in the US which allows the general public to pay for an insider look at the birthplace of every new Chevy supercar. However, come June 16th 2017, General Motors will suspend Corvette plant tours for 18 months. We don’t know for sure why the plant tours would be suspended, but plants which offer public access generally restrict that access when there are major changes going on inside of the facility. An automotive plant is a crazy, busy process, so when part of the plant is torn up for changes, the environment becomes even less hospitable for visitors.

There could certainly be other reasons why General Motors decided to halt Corvette plant tours, but considering the length of 18 months, it seems more likely that the company is making some changes in the factory.

The next question is “what would the company be changing in the factory which would take 18 months?” Again, we don’t know for sure, but that length of time could be used for extensive retooling – extensive enough to build and assembly line to produce a new Corvette. Should this tour downtime come due to the revamping of the plant for a new model, the first examples of those new cars will eventually be built on that line and that isn’t something that the automaker wants the general public to see.

Of course, the next question focuses on what kind of new Corvette would require an extensive retooling. It seems that the company could be pausing the plant tours to build the long-rumored ZR1, but it seems more likely that this retooling would lead to an all-new Corvette. Maybe, just maybe, this could be the first step in GM’s preparation to build the mid-engine Corvette.

That’s right friends – the mid-engine Corvette discussions are about to kick back into high gear.

18 Months, No Visitors
For a plant like the Bowling Green Corvette facility, which is well known for its tour programs, to suspend tours for 18 months, it seems likely that there is a major purpose to this downtime. During this time, GM doesn’t want the general public getting underfoot while something is going on in the plant, and the most likely reason is that a portion of the facility is being modified for future production. It seems unlikely that they would need anywhere near that much retooling (if any at all) for the more-extreme Corvette ZR1, but 18 months seems like a very reasonable period of time to prepare a plant for the next generation of production – or a whole new style Corvette.

GM could be preparing the plant for the C8 generation of the Corvette, but with the C7 arriving for the 2014 model year, it seems a bit too early for the end of the 7th generation. Figure that in 18 months from the June 16th date, it will be nearing the end of the 2018 calendar year. At that time, the 2019 models would be in production, so if GM is preparing Bowling Green for the C8, the C7 will have had just 5 model years. The C7 has been popular enough that I would be shocked to see it replaced so soon, but there is another possibility – the mid-engine Corvette.

Why the Mid-Engine Corvette?
While it has long been rumored that General Motors would offer some variety of mid-engine supercar, I do not believe that Chevrolet will completely go away from the traditional front end design for the Corvette. I do believe that we could see a super-Corvette with a mid-engine layout, but I do not think that the first mid-engine Corvette will completely eradicate the tried and true front engine/rear wheel drive configuration.

With that in mind, 2019 seems too soon for the next generation Corvette, but it could be the perfect time for the mid-engine Chevrolet (or Cadillac) supercar. Provided that the mid-engine supercar is slated to exist alongside the front-engine Corvette, the timing works for this long-rumored mid-engine GM supercar to arrive.

All we can do now as wait and see…but it certainly seems like General Motors is about to cook up something exciting in the Bowling Green Corvette plant.