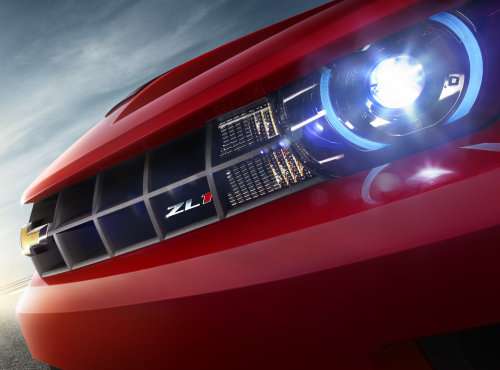 General Motors has recently released a letter to dealers from Russell M. Clark, Chevrolet Director of Small Cars, Small Utilities and Performance Cars Marketing, explaining that delivery of the Chevrolet Camaro ZL1 will be delayed for an undetermined amount of time for what the company is called “quality assessment”.
Advertisement

There was very little real detail as to what the cause for this delay could be but the letter explained that all Chevrolet Camaro ZL1 units produced so far are being held for this quality assessment and that this hold could last as long as “a few more weeks”.

This means that if you are one of the people around the country who ordered a 2012 Chevrolet Camaro ZL1, you will have to wait a little while longer before you start tearing up the asphalt. Even worse, GM doesn’t seem to have a clear guideline as to how long you will be waiting but at least these patient consumers can rest assured knowing that the ZL1 will certainly be worth the wait. The best handling muscle car in the world (based on current Nürburgring times) with 580 horsepower to boot – all for under $55,000 – will certainly make its presence known in the motoring history books in the US and around the world. It is just taking a little longer for that historic vehicle to reach the buyers.

The Motor Authority spoke with Chevrolet spokesperson Monte Doran, who explained that "We may have found a potential issue that we want to resolve”, but without any other information, Doran’s comment is really just a proclamation of common sense. After all, the company wouldn’t be holding the cars back from their expected delivery dates if there wasn’t an issue that they knew about and were working to fix before the cars reach the hands of the lucky new owners.

However, Motor Authority also learned that a single Camaro ZL1 was shipped to Henna Chevrolet in Austin Texas and delivered to the buyer. That buyer was later contacted and asked to bring the ZL1 back to the dealership so that they could address a possible software issue – and the owner obliged. Unfortunately, GM rep Monte Doran insisted (to Motor Authority) that the car was taken back because it was delivered accidentally and it had to come back because the proper paperwork had not been issued. That seems a little fishy considering that the rest of the Camaro ZL1 models built are being held for this quality assessment…and it makes you wonder if there really is some software issue.

The other bad news is for prospective Chevy Camaro ZL1 buyers who were planning to order their new super muscle car during the Dealer Order Submission Process (DOSP) cycle planned to run from March 1st 2012 to March 6th 2012. This new period in which dealerships were to accept and submit orders for the new Camaro ZL1 has been postponed and the replacement for this DOSP cycle will be announced in the near future.

The 2012 Chevrolet Camaro ZL1 is slated to claim the title as the best handling muscle car in American automotive history with the monstrous supercharged V8 engine and the magnetic selective ride control system first offered on the Corvette ZR1 and the Cadillac V- Series models. It is a good bet that GM wants to make very sure that everything on the Camaro ZL1 is perfect before they start reaching the hands of consumers – and the various racing venues around the country. The last thing that GM needs is to rush the ZL1 to owners and have YouTube videos of something going wrong at the track.

Considering the amount of computerized gadgetry in the 2012 Camaro ZL1, a software issue could apply to a variety of systems – from the engine management to the suspension system to something as simple as the navigation system – but it has to be something important enough that would prevent GM from delivering the cars.

Even though my name isn’t on the list for a new Camaro ZL1, I can’t wait to see them on the road so hopefully; GM will get the problem resolved and begin delivering the incredible new super muscle car soon.