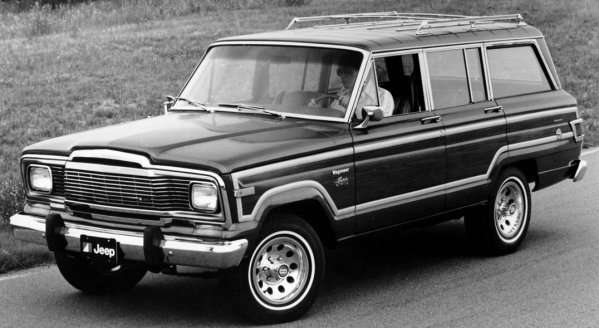 The Future Jeep Grand Wagoneer could be Body-on-Frame

FCA recently announced a massive investment in the Warren Truck Assembly Plant to build the upcoming Jeep Grand Wagoneer and with the Warren plant traditionally building body-on-frame pickups – there is a chance that the new range-topping Jeep SUV could be more like the large GM SUVs, with a truck-type architecture.
Advertisement

A few weeks back, FCA announced that they would invest $1 billion in the Warren Truck Assembly Plant and the Toledo North Assembly Plant. The work at the Warren plant will prepare it for the upcoming Jeep Wagoneer and Grand Wagoneer, along with enabling the plant to produce the Ram Heavy Duty models which are currently built in Mexico while the investment in the Toledo North plant will prepare the facility for the upcoming midsized Jeep pickup truck.

Most people were so excited to hear that the new Jeep Wagoneer, Grand Wagoneer and pickup truck were definitely coming that they didn’t look at the details for hints as to what to expect.

Based on the decision to build the Jeep Wagoneer and Grand Wagoneer at the Warren Truck Assembly Plant with the Ram 1500 and Ram Heavy Duty (2500, 3500), I believe that the new big Jeeps could be based on a similar body-on-frame construction to the Ram pickups.

Why does this all matter? Well, Warren Truck Assembly has been in business for almost 80 years and in that time, they have produced well over 10 million trucks – and every single one has been a body-on-frame vehicle. With the mention of Ram Heavy Duty production, we know that FCA plans to continue building body-on-frame trucks at the Warren plant, so I am led to believe that the Jeep Wagoneer and Grand Wagoneer could share the body-on-frame construction.

The move to the heavier body-on-frame construction seems unlikely, but we need to consider two things. First, the Jeep brand is the leader in pretty much every sub-segment of the sport utility world and second, General Motors is relatively unchallenged in their dominance of the true full sized SUV segment. The Chevrolet Tahoe and Suburban, the GMC Yukon and Yukon XL and the Cadillac Escalade work together to have full control of the big SUV segment, with only a slight bit of competition from the likes of the Lincoln Navigator and the Ford Expedition.

With Jeep looking to control every portion of the SUV segment, it seems logical that FCA would look to build something to rival the big Chevrolet, GMC and Cadillac SUVs and to do that – they need a body-on-frame Jeep.

The Jeep Wagoneer and Grand Wagoneer could exist in similar forms to the Chevrolet Tahoe and Suburban, with shared architecture and drivetrain bits from the popular Ram truck lineup.

Of course, the alternative to this theory is that when FCA spends a portion of the billion dollar investment in the Warren plant, they could be adding a new unibody construction section or a line that will build both body-on-frame and unibody vehicles. However, Warren has always built body-on-frame vehicles and I’m guessing that when Jeep Wagoneer and Grand Wagoneer production begins a few years down the road – they will be riding on a truck chassis.

Quincy wrote on August 3, 2018 - 11:08am Permalink
I'd been honored to obtain a call from my friend as he uncovered the important suggestions shared on the site. Looking at your blog post is a real brilliant experience. Thank you for considering readers just like me, and I hope for you the best of success being a professional in this field.