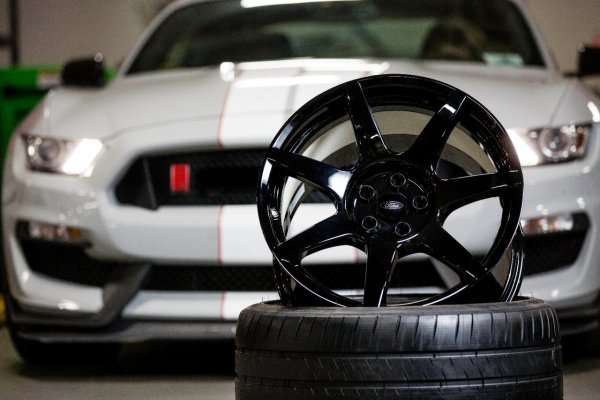 The new Ford Shelby GT350R Mustang has proven itself as the most road course capable muscle car ever and part of that success is the implementation of the industry-first carbon fiber wheels – which improve performance in every way and which have helped the new Shelby Mustang claim the Popular Science Best of What’s New Award.
Advertisement

Every year, the crew at Popular Science Magazine sorts through thousands of new products to pick their 100 favorite for their Best of What’s New issue and this year, the Ford Shelby GT350R Mustang has made the list in the Automotive category. The GT350R has all sorts of features which make it the most track capable, street legal muscle car, but the folks at Popular Science focused specifically on the carbon fiber wheels which are specific to the “R” package of the new Shelby Mustang.

“The Best of What’s New awards honor innovations that shape the future,” said Kevin Gray, Popular Science executive editor. “From life-saving technology to incredible space engineering to gadgets that are just breathtakingly cool, this is the best of what’s new.”

The 1st Carbon Fiber Wheels in America
The new Ford Shelby GT350R Mustang is the first production car sold in America with carbon fiber wheels and while these rollers are expensive, they weigh 15 pounds less than a comparable wheel might of lightweight aluminum. That reduction of 60 pounds improves performance, but removing that weight from the wheels has an even bigger impact. A lighter wheel takes less effort to spin, so there is technically more power sent to the ground, and since the lighter wheel carries less momentum, they improve braking performance as well.
There are other vehicles sold in the world with carbon fiber wheels, but they are all vastly more expensive supercars, while the new Shelby GT350R Mustang is a full production model with a price well below the six figure range.

During the development of the GT350R carbon fiber wheel, there was a concern that the heat generated by the massive Brembo 6-piston braking system could damage the composite wheel materials, so to prevent against heat damage, the inside of both front wheels are coated in a unique ceramic thermal barrier which was developed by NASA for the space shuttle program.

Shelby GT350R Mustang Sets the Standard
The Ford Shelby GT350R Mustang has been on the road for some time now without any public reports of any problems. Provided that these wheels continue to stand up to the test of time as owners rack up the miles, we could see other companies following Ford’s lead and introducing carbon fiber wheels of their own. This technology is still fairly relatively expensive so at first, we are likely to only see it on higher end performance cars which have larger price tags, but keep in mind – there was a time when aluminum wheels were reserved for performance cars and luxury sedans.

As the technology advances and becomes more popular, companies will find ways to bring down the cost. As the cost comes down, we could see this lightweight material offered on more and more vehicles around the world, but for the time being – the Mustang is the only American production car to offer these lightweight wheels.