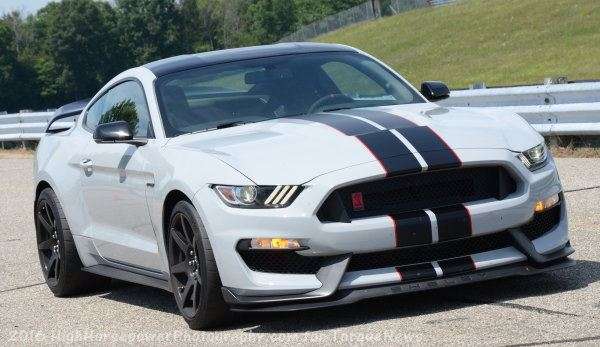 The Ford Mustang continued its dominance of the muscle car sales charts in March, selling more units than the Chevrolet Camaro and the Dodge Challenger combined, and extending an early lead over the competitors in their year’s sales race.
Advertisement

This is not an April Fool’s Day joke – the Ford Mustang sold more units in March 2016 than the Chevrolet Camaro and Dodge Challenger combined.

After the Chevrolet Camaro dominated the muscle car sales chart for 5 straight years starting back in 2010 – leading the segment in annual sales every year up to an including 2014 – the folks at Ford were surely ready to see the Mustang back atop the charts. The Motor Company achieved that goal in 2015, when the debut of the then-new 2015 Mustang led to massive sales numbers month after month and by year’s end – the Mustang had claimed the title with a landslide win.

However, that new Mustang was competing with a Chevrolet Camaro which was at the very end of its life cycle, so pretty much everyone expected that the arrival of the next generation Camaro would even the score a bit on the sales chart. However, as we dig through sales numbers for the 5th full month of 2016 Camaro sales, the Chevy has remained relatively flat while the Mustang continues to post gigantic numbers.

Mustang Booms in March
In 2015, the new Ford Mustang had been ramping up the sales numbers from its introduction in late 2014 and by March or 2015, the new model sales boom hit hard – with a whopping 12,663 units sold. This March, sales numbers were down a bit for the Mustang, but with 12,563 new models sold last month, the Mustang continues to sell at a better rate than the Camaro has ever sold since being introduced back in 2009.

For another way of looking at the Mustang’s continued success in the second year of sales for the new model, consider this – Ford sold 9,993 Mustangs in February and 12,563 in March for a two-month total of 22,556. Over the course of the past five years in which I’ve been covering muscle car sales, the Camaro has only sold more than 10,000 units in a month one time – May 2014 – and with 9,043 Camaros sold in April 2014, that was the best two-month sales period for the Chevy in my time covering the segment. In short, in the best two months for the Camaro over the past 5 years, it fell short of the Mustang’s February-March 2016 total by more than 3,100 units. Also, Feb-March 2016 isn’t even the Mustang’s best two-month period in the last five years, having sold 26,760 units in April-May 2015.

In other words, the Ford Mustang has been selling very, very well since the newest generation first went on sale late in 2014 and March 2016 was just the latest beating of the competition, with the Mustang’s total of 12,563 adding up to beat the Camaro and Challenger combined (12,248 total).

Camaro Sales Continue to Surprise
The 2016 Chevrolet Camaro officially introduced the next generation GM muscle car to dealerships and buyers back in October 2015. At that point, pretty much everyone who pays any attention to muscle car sales expected that, like the Mustang, the Camaro would enjoy a big sales spike when the new models hit full force. The next gen Mustang went on sale as a 2015 model in November of 2014 and Ford saw a huge jump in sales. I expected to see that same spike for Chevy, maybe not in the first or second month, but by the time that the new Camaro had reached dealerships across the country. However, with March being the 5th full month of deliveries and a solid inventory of new Camaros at dealerships all over the country, sales have remained inexplicably low.

In March 2016, GM sold 6,879 examples of the Chevrolet Camaro, which includes some “old” 2015 models and a majority of new 2016 models. This marks an improvement of roughly 700 units over February 2016 and, more importantly, it is an improvement of 15.5% over the same month last year. The Camaro is moving in the right direction, but it isnt doing so anywhere near the rate at which the new Mustang sold in its first year.

Frankly, having driven the new Camaro 1LT RS, I truly do not understand why people aren’t buying more of them. The Camaro is better in every way than the version which led the segment in sales for 5 straight years. It blows my mind that more people aren't snatching up the 6th gen models.

The Challenger
The Dodge Challenger was, as it usually is, the third bestselling muscle car in America with 5,369 units sold in March 2016. This marks an improvement of 6% over the March 2016, so as has been the case since the refreshed Challenger was introduced back in 2014 – the Mopar muscle car continues to gradually improve sales numbers.

I still believe that we will see Camaro numbers increase, but it is clear that the popularity of the Ford Mustang isn’t fading in its second full year – so GM is going to have a tough battle to win the muscle car sales race for 2016.

Toyota's First EV Will Have a Name of BZ: Toyota BZ
First Videos From Inside The Boring Company's Las Vegas Loop
END_OF_DOCUMENT_TOKEN_TO_BE_REPLACED