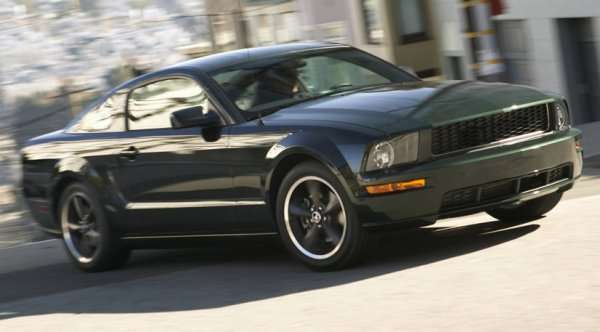 Ford Motor Company has rolled out a new list of vehicles affected by the global Takata airbag recalls, with the newest batch including the Ford Mustang, the Ford GT supercar, the Ford Fusion, the Ford Ranger and a collection of Lincoln and Mercury vehicles.
Advertisement

The folks at Takata recently announced that some of their passenger-side frontal airbag inflators are defective and as a result, Ford Motor Company has announced a new list of vehicles affected by the global airbag crisis which has been caused by Takata’s low quality components. These vehicles join the list of models previously recalled for a similar issue, but with Takata finally acknowledging that their products truly are junk – Ford and a handful of other automakers have been forced to issue blanket recalls rather than just recalling vehicles which have been found to exhibit the problem.

The Takata Airbag Inflator Problem
In case you aren’t clear on the issue forcing millions and millions of vehicles to be recalled around the world, here is a quick rundown. The passenger side airbag inflator from Takata lacks a particular drying agent. When these inflators are exposed to high levels of moisture and humidity, the lack of the drying agent causes the metal components of the inflator to corrode and weaken. When the airbag opens, the weakened inflator assembly can fracture, sending pieces of the metal rocketing into the cabin with the same force as the airbag itself.

As you might imagine, having tiny pieces of metal fired at your face cause obviously increase the changes of injury or death, and there have been countless reports of both severe injury and some deaths as a result of the Takata airbag inflators.

Because of this increased risk of injury, automakers around the world have been recalling vehicles which are found in humid areas, but many automakers have stuck to recalling vehicles which exhibited the fracturing inflator assembly. However, with Takata announcing that their products are indeed junk, automakers are scrambling to recall every vehicle with the troublesome safety components in order to prevent any future injuries, accidents or deaths.

Ford has not stated the figures for this portion of the recall, but the automaker does point out that they have now recalled 1,902,228 vehicles due to the Takata problems.

Also, the Ford announcement with the details of this newest wave of recalls does not mention whether these vehicles will be recalled on a geographic basis, but considering that the majority of other automakers facing a similar issue have stuck to recalling vehicles in very damp areas – I imagine that it will be the same for the Ford Takata recalls. In most cases, the vehicles recalled have been registered in Alabama, California, Florida, Georgia, Hawaii, Louisiana, Mississippi, South Carolina, Texas, Puerto Rico, American Somoa, Guam, the Northern Mariana Islands and the U.S. Virgin Islands at some point, but Ford does not specify the regions in which the vehicles are affected.

Fortunately, if you own one of the vehicles listed above and you want to see if your Ford, Lincoln or Mercury is being recalled due to a faulty airbag inflator, you can visit Ford.com and click on the “Safety Recalls” tab at the very bottom of the page for more information. That page will ask for your VIN, supplying any recall information which pertains to your vehicle.