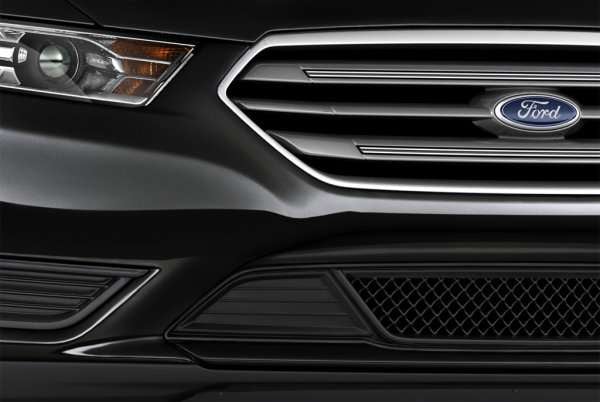 Ford Motor Company announced today that they will begin offering their Taurus-based Police Interceptor Sedan with the 2.0L EcoBoost engine, marking the first time that Ford has ever offered a police vehicle that was not rated for high speed pursuit - instead focusing on power to save both the police departments and the taxpayers money at the pumps.
Advertisement

This new Ford Taurus based police car is named the Special Service Police sedan and unlike the previous Police Interceptor sedans that were powered by one of three powerful engines including the naturally aspirated 3.5L and 3.7L V6 along with the 3.5L EcoBoost, the new Taurus SSP is powered by a fuel sipping 2.0L EcoBoost 4-cylinder.

While it is great that the Ford Taurus Police Interceptor has previously offered all sorts of power to run down the bad guy in pretty much any situation, not every vehicle in a police force’s lineup needs to be built to participate in high speed chases. Let’s be honest – there are probably a great many police duties that have almost no chance of leading to a high speed chase or any other situation where the police vehicle needs to have a ton of power and in those non-pursuit situations, police departments have been clamoring for a more fuel efficient alternative.

"Not every police officer needs a pursuit-rated vehicle," said Jonathan Honeycutt, Ford police marketing manager. "As agencies look to replace older, V8-equipped cruisers with more efficient cars, Ford is at the ready with the most fuel-efficient – yet still very capable – full-size police vehicle."

Fortunately, the wonders of Ford’s EcoBoost technology allows the new Taurus SSP package to offer enough power to allow a police officer to comfortably keep up with traffic with 240 horsepower and 270lb-ft of torque. This is a big drop from the power offered by the 3.5L EcoBoost in the highest performance modern Ford police cars but when you consider that the outgoing Ford Crown Victoria police cars with a V8 offered on 250 horsepower – there really isnt much drop for those moving from the V8-powered Crown Vic to the 2.0L-powered Taurus SSP.

More importantly, the new Ford Special Service Police sedan with use the new 2.0L EcoBoost engine to offer incredible fuel economy measures. Official numbers for the SSP package haven’t been announced but with the civilian-issue Taurus sedans with the 2.0L EcoBoost offering 22 miles per gallon around town, 32mpg on the highway and a combined figure of 26mpg. Due to the extra weight of the features added for daily police use, the SSP will likely offer slightly less impressive fuel economy than the “normal” Taurus sedans but Ford expects that this new police package will offer 20mpg in the city, 30mpg on the highway and combined figure of 23mpg. Should those expected numbers become a reality, the Taurus-based SSP will be vastly more efficient than the outgoing Crown Vic with the 4.6L V8 (14mpg city, 21mpg highway) as well as being quite a bit better than the most efficient current Police Interceptor Sedan which returns 18mpg city and 26mpg highway.

In the long run, Ford believes that a police force using the new Special Service Police sedan with the 2.0L EcoBoost 4-cylinder engine can save the taxpayers $5,042.92 over the course of three years and 90,000 miles (with an assumed price of $3.65) compared to the same time and distance driven by a Ford Crown Victoria police car. The official fuel economy measures for the new EcoBoost’d SSP package will be announced closer to the launch of sales in December.