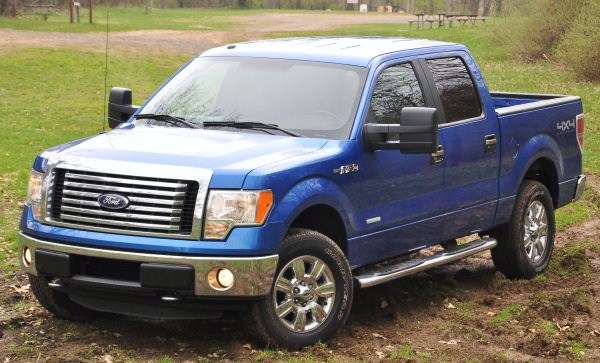 The latest “Most American Vehicles” list has been issued by Cars.com and not surprisingly, the Ford F150 is the most American of the vehicles sold in the USA while the Chevrolet Camaro and Dodge Viper join the bestselling truck on a list of ten that includes seven vehicles from Japanese automakers.
Advertisement

There is a good chance that if you asked the average guy or girl on the street what they consider to be the most American vehicle sold in the USA, some of them might say the Ford F150. After all, Ford builds the F150 in the US with a long list of American components and this truck has been America’s bestselling vehicle for more than 30 straight years. Some people might also say the Chevrolet Corvette, as it is hard to argue that there is a vehicle sold in the US that more clearly personifies everything that is American.

Cars.com would agree that both the F150 and Corvette are among the most American cars in America along with the Dodge Viper (or SRT Viper, if you prefer). However, the growth of vehicles made by foreign automakers that are produced in the USA has allowed a great many Japanese automakers to produce vehicles that Cars.com considers to be the most American.

How Does Cars.com Decide American-ness?
The modern automotive industry is among the most muddled of the consumer verticals with so many components coming from all over the world to build vehicles here in the US from both American and foreign automakers. In addition to General Motors, Ford Motor Company and the Chrysler Group, automakers including Toyota, Subaru, Volkswagen, BMW, Nissan, Honda and many more now have factories in the USA to build the most popular vehicles in this market.

Because of the growth of foreign production facilities in the USA, Cars.com takes into account several other variables in picking the Ford F150 as the most American vehicle. First, a vehicle must have at least 75% domestic content and be built in the US even to be considered. According to the National Highway Traffic Safety Administration, only 13 vehicles sold in America for the 2014 model year meet that 75% requirement. This study then takes into account sales numbers in the US to see what kind of employment impact the applicable vehicles have on the local market around those production facilities.

Which Vehicles are the Most American?
As we mentioned at the top of this piece, the Ford F150 was found by Cars.com to be the most American vehicle sold in America and with more than 700,000 versions of the F Series pickup being sold last year and many of the components of all of the Ford trucks coming from within the country – it will be nearly impossible for any other vehicles to catch the Ford pickup any time soon. However, the next five positions on the list are filled by Japanese vehicles with the Toyota Camry, the Honda Odessey, the Toyota Sienna, the Toyota Tundra and the Toyota Avalon all being more American based on this study than any American vehicles outside of the F150. The Chevrolet Corvette Stingray ranked 7th on the list, followed by the Honda Ridgeline and the Honda Crosstour in 8th and 9th. The Dodge/SRT Viper closes out the top ten, which is pretty fitting considering that it is the only American performance car actually made in Detroit.

In total, GM, Ford and Chrysler each have one car on the Most American list while Toyota has four and Honda has three. We should see more models being applicable for a study of this type in the near future with the introduction of the 2015 Ford Mustang and the fact that Chevrolet Camaro production will soon move from Canada to Michigan. The Dodge Avenger previously appeared on this list, but it has been removed since it is being discontinued. For the 2015 list, the new Chrysler 200 sedan could take its place. The full list of the top ten Most American vehicles in the USA is available below.