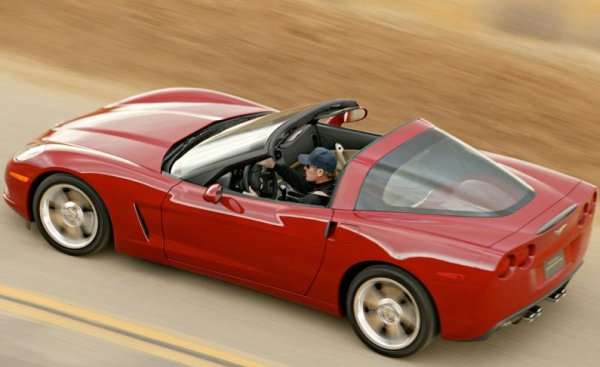 The National Highway Traffic Safety Administration has upgraded its investigation of the 2005-2007 Chevrolet Corvette to an engineering analysis after the number of complaints has increased dramatically since the preliminary investigation was launched back in May – a move that could lead to a recall of over 100,000 Corvettes.
Advertisement

The National Highway Traffic Safety Administration launched the preliminary investigation into the 2005, 2006 and 2007 Chevrolet Corvette back in May after receiving 30 complaints that the low beam headlights just sporadically shut off while the car was being driven. Since then, the number of complaints has ballooned up to 95 for those three model years and according to the NHTSA – there have also been four reports of this same problem in 2008 model year Corvettes. Due to the increase in reports and some discoveries during the first phase of the investigation, the Feds have decided to go ahead and elevate the investigation to the engineering analysis phase.

During the initial investigation of the 2005, 2006 and 207 Chevrolet Corvette headlight system, General Motors informed the government agency that the intermittent headlight failure was due to an electrical short in the engine bay. The headlights operate through a fuse block that is located in a high heat area and it seems that the extreme temperatures are causing the short within this block to shut down the headlights. The NHTSA has found that when the short causes the headlights to fail, both the fog lights and the high beam portion of the headlights continue to work but the low beams become inoperable. GM’s overheated fuse block explanation makes sense as when the vehicles with failing headlights were parked for some time, the low beams would work once the car was restarted.

General Motors is cooperating with the NHTSA on this investigation but with the company being aware of both the problem and the cause – the American auto giant does not believe that a recall is needed. First, there have been no reported accidents or injuries stemming from this problem and warranty claims have been “extremely low” based on the number of possibly affected Corvettes. Also, GM points out that the high beams and fog lights do continue to work so the driver isnt left without headlights – he or she is just left without low beams. Due to these factors, GM told NHTSA that the “rate of inoperative headlights does not present an unreasonable risk to vehicle safety.” Since recalls are based on safety issues and GM does not believe that one exists here, GM is hoping to avoid a recall of these 100k+ Chevrolet Corvettes.

Unfortunately for General Motors, the NHTSA could find that having your low beam headlights suddenly stop working does present a safety risk to both the occupants of the Corvette and other cars on the road around it and if that is the case – the government could order GM to recall all of the Corvettes possibly affected by this problem.

The initial Corvette headlight investigation covered 103,374 cars but if the 2008 model year is included, that number will grow by quite a bit. Some research revealed that there were 111,954 Corvettes built for the 2005, 2006 and 2007 model years so with “only” 103,374 included in the investigation, it is unclear which models are not included in the probe. It could be due to the fact that export models are not included or there could be specific models which are not included in the problem. The high performance Corvette Z06 has a different engine than the standard C6 Corvette and with a different engine under the hood there could be different electrical routing. This could have the fuse block that is causing these problems located somewhere else or simply exposed to less heat which may exclude these models from the investigation and possible recall.

For 2008, there were 34,510 Corvettes built so if the government opts to include that model year as well, the final number of affected vehicles could climb up over the 130,000 unit mark. With four reports of this problem with 2008 model year Vettes, it seems likely that they would also be involved in the investigation. The C6 generation ran from 2005 to 2013 but with seemingly no reports of this problem in newer (2009 – 2013) models, GM may have relocated the electrical tidbits at fault in the middle of the generation.

It should be noted that the recall of the 2005-2007 (or 2008) Chevrolet Corvette isnt all that big in the grand scheme of things when just looking at the number of vehicles affected but this could be a “big recall” in the eyes of both GM and the consumer due to the negative publicity around the famous American sports car.