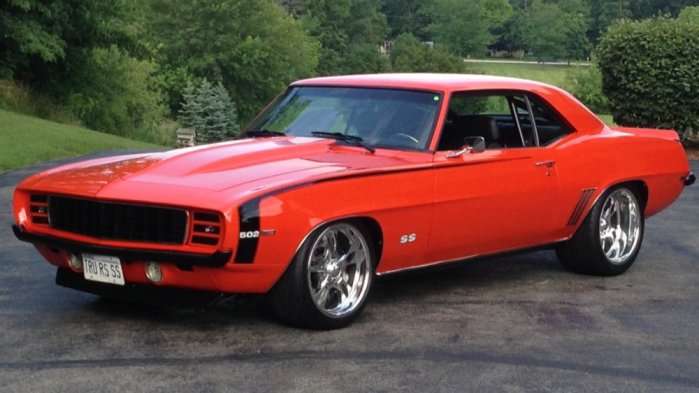 The TorqueNews / Camaros Unlimited Camaro of the Month for February 2018 is the 1969 Chevy Camaro RS SS shown above, owned by Dan Sagan.
Advertisement

Each month, TorqueNews works with the members from the Camaros Unlimited Facebook group to select our Camaro of the Month. The process begins with the members of the Camaros Unlimited Facebook page – nearly 42,000 of them – nominating their favorite Chevrolet Camaro owned by a fellow member of the page. Once five (sometimes six) cars/owners have been nominated, the voting begins and when the balloting closes – we have our Camaro of the Month.

For February 2018, the Camaro of the month is the 1969 Chevrolet Camaro RS SS shown above, owned by group member Dan Sagan of Chicago, Illinois. We asked Dan for some information on his gorgeous 1st gen Camaro, and below you will find the story of this Chevy muscle car.

Dan Sagan’s Camaro Story
I’ll be 59 this year and I’ve had this car for 26 years. A lot of weekend warrior drag racing back in the early 90’s. Still have the 502 engine that ran 10:90 at 135 mph. An occasional car show after that or an 80-mile round trip to work on a nice day. We live just west of Chicago.

Six years ago it was time for a change so I installed a Detroit speed subframe and four link suspension, mini tubs, Baer brakes and new wheels and tires - 335 rear and 275 front. All I needed to do was trim the rear seat for the mini tub, but it was late and I left the trimmed seat in the car and went in the house. There was an ember in the seat and started the car on fire. A total interior loss. The decision was to rebuild her so new roof, dash, floor and a rear quarter.

With the love of my life’s support and understanding it was done the right way. Hope it still shows today 5 years later. It’s ben on the power tour ben to hot August Nights Reno, Good Guys and Carcraft shows.