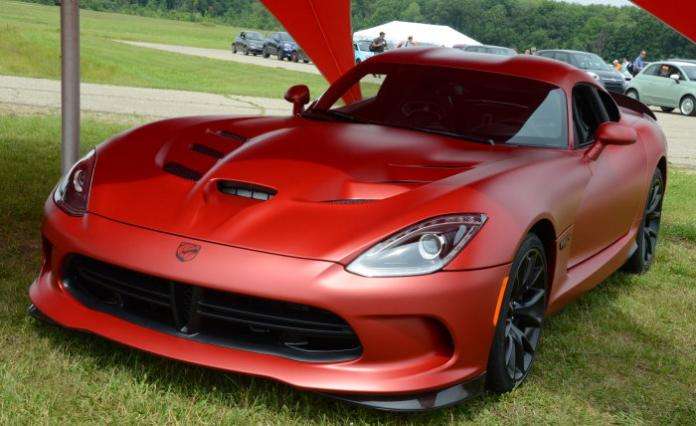 The Connor Avenue Assembly Plant in Detroit, where the vast majority of Dodge Viper supercars have been built, will close its doors forever on August 31st as production of the Viper comes to an end – meaning that the Viper only has about 7 weeks left in its glorious existence.
Advertisement

When the Dodge Viper first hit the US market for the 1992 model year, the groundbreaking Mopar supercars were built at the New Mack Assembly Plant, which is now an engine plant which produces the 3.0L, 3.2L and 3.6L Pentastar engines. The Viper was built at the Mack plant until 1995, when production was shifted to the Connor Avenue Assembly Plant in Detroit.

Since 1995, every Dodge Viper has been built at the Connor Ave plant, as have the V10 engines which are built on a small line which sits right next to the vehicle assembly line. However, on August 31st, 2017, the Connor Ave plant will shut the lights off for the last time, as production of the Dodge Viper ends and with it comes the closing of the Viper’s dedicated production facility.

There have been unsubstantiated rumors that the Dodge Viper is not dead forever but rather, it is just heading into hibernation similar to what went on between 2010 and 2013. If those rumors prove to be true, we could see another Viper in the future, but it seems unlikely that the next Mopar supercar will be built at Connor Ave.

It is unclear what FCA plans to do with the Viper plant once the Viper has slithered off into the sunset, but due to the relatively small size of the facility, it seems unlikely that the company could use it to build any high volume vehicles. If they cannot find a use, the Connor Ave plant could be sold off. The good news for the 87 employees at the Connor Ave plant is that with the people picked to build the Viper being the best of the best, the company won’t have any problems moving them to other plants…they just won’t be building something as incredible as the Viper.

While the end of Viper production at Connor Ave will be a sad day for the Mopar community, the end of this plant has a deeper meaning for the Detroit area. Right now, the Viper is the only American performance car built in the “Motor City”. The Mustang is built in Flat Rock, Michigan, the Camaro is built in Lansing, Michigan, the Corvette is built in Bowling Green, Kentucky and both the Dodge Challenger and the Ford GT are built in Canada. Once Viper production has ended, there will still be plenty of vehicles built in Detroit city limits, but none of them are the performance cars which Americans and Detroiters love so much.

The good news is that until August 31st, you can still order a customized Viper via Dodge’s 1-of-1 GTC build program, but after that, anyone who wants to buy a Viper will have to find one at a dealership around the country.