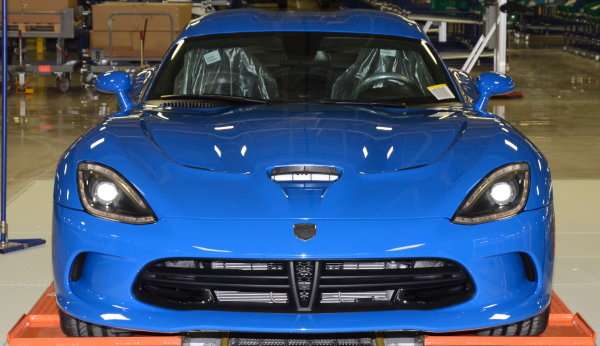 Supercars like the Dodge Viper are expected to bring about high insurance rates, but based on a recent study by Insure.com, the mighty Mopar supercar has the highest average insurance premiums in the US market – beating far more expensive performance cars basically because it offers better performance.
Advertisement

Whenever people who don’t have supercars talk about reasons NOT to own a car like the Dodge Viper, insurance costs frequently come up – and for good reason. The Viper and its fellow supercars are among the fastest in the world, so they have more potential to be involved in high speed and high cost accidents. Of course, there is also the fact that the Viper and the other cars in the supercar segment have very high price tags and an equally high cost to repair any damages, so it makes sense that covering a $100,000 vehicle that will go 200 miles per hour would cost far more than covering a car that costs $20,000 and struggles to hit a hundred.

However, the team at Insure.com wanted to find out which vehicle cost the most to cover in the US and not surprisingly, the best performing American supercar is also the most expensive to insure. What does come as a surprise is that the list of the top 10 most expensive vehicles to insure in the US isn’t all supercars – with a spread of high end luxury sedans and SUVs joining the Viper and a few other ultra-fast sports cars.

The Ten Most Expensive Vehicles to Insure
The Insure.com study included six large auto insurance companies (Allstate, Farmers, GEICO, Nationwide, Progressive and State Farm) and 10 regions in each US state. The study looked at the average insurance premiums across all of the available models in those regions and from those companies. Based on this method, which seems to be as comprehensive a study as I have seen recently, the Dodge Viper is the most expensive vehicle to insure in the US right now with an average annual premium of $4,048. Interestingly, the Viper is also the least expensive car on this list, with a price of $97,995 according to Insure.com, although it should be noted that the Viper GT starts at that price, while the base Viper SRT starts at just $89,995.

The Mercedes Benz SL65 AMG, which costs more than double the Dodge Viper at $217,550, ranked second on the list with an annual cost of $3,797 and the Mercedes S600 Bi-Turbo super sedan (MSRP $169,050) was third with an average annual cost of $3,539. Fourth, fifth, seventh and ninth on the list are all luxury sedans and eighth is a luxury SUV – leaving just the sixth and tenth slots for the other two supercars on the list. The full list is below, with their average annual insurance costs and their base MSRP.

Why is the Viper More?
When you look through the prices of the ten most expensive vehicles to insure, you can see that the majority of them are at least $129k, with only the BMW and the Viper coming in under that price. If the Viper “only” costs $90,000, then why does it cost more to insure the Viper than, say, the $217k Mercedes in second place?

It comes down to the fact that the Dodge Viper offers such incredible performance. According to Insure.com, the Viper is driven to go fast, plain and simple. This makes sense, as the Viper has proven itself to be the best performing road car sold in the US at a variety of race tracks around the country and according to the insurance companies, the people who buy the Viper are getting this beast to drive fast. All of the other cars on the list are plenty powerful and very fast, but with the exception of the Nisan GTR, all of the vehicles on this list are from luxury brands.

The people who buy the SL65 AMG or the Range Rover have the capability of driving very fast, but those buyers are generally concerned more with luxury than high performance, so while their vehicles cost more to fix in the event of an accident – these luxury owners are less likely to go very fast.

The fact that the Viper is “only” $90,000 while also offering world class performance makes the Dodge supercar a budget buy compared to the rest and in the long run, that is part of the reason why it costs so much to insure.