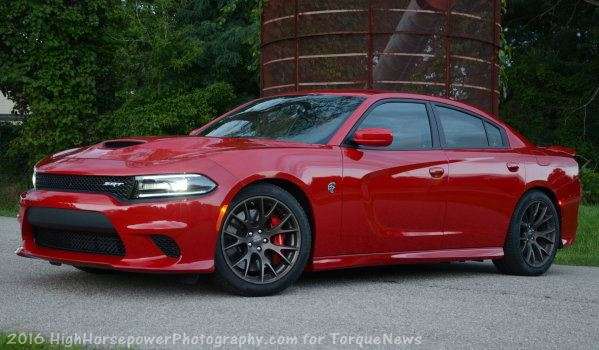 Those Mopar fans in Australia who have been hoping and praying for a Hellcat Challenger or Charger might be out of luck, as a new report indicates that the Dodge brand could be leaving the Aussie market altogether in the near future – seemingly removing what little chance there was of the Hellcat cars being sold Down Under.
Advertisement

The Ford Mustang has quickly become one of the bestselling performance cars in the Australian market and this pony car popularity has many Aussie fans of American muscle cars hoping that the Dodge Challenger and the Chevrolet Camaro will soon join the Mustang in the local dealership network. Unfortunately, it sounds like there will soon be no chance of the Challenger or Charger being sold Down Under in any form – Hellcat or otherwise – as according to Allpar, the Dodge brand could be ending its Aussie operations.

Australian Boss on Dodge’s Future
FCA Australia CEO Steve Zanlunghi only took the position around 2 months ago, but he has already been forced to deliver some painful news to the local Mopar fans – the Dodge brand is on its way out of the country.

Currently, the only Dodge sold in Australia is the Journey, which moved just 28 units August. Dodge has sold more Vipers than that in the US, every month that the current generation has existed – just for comparison. As you can probably imagine, with less than 30 vehicles sold per month, it is hard to justify keeping the brand around in the future.

Of course, local Mopar fans might insist that introducing more vehicles that buyers want – like the Challenger and Charger – might play a big part in improving Dodge sales, but the closely related Chrysler 300 is available in a few different forms (including the SRT 392 model) and with just 34 examples sold in August, sales of the rear wheel drive sedan aren’t very good either.

While there are most certainly some prospective buyers in Australia who would like to be able to buy a new Dodge Challenger or Charger at their local dealership, the fact that so few people are buying the Chrysler 300 doesn’t bode well for the future of the other rear-drive performance models Down Under.

It should be noted that while Chrysler 300 sales are slow, it isn’t due to a lack of interest in a rear-drive American performance car. Through September, Ford has sold 4,621 Mustangs in Australia, leading to an average of 514 cars sold per month. Based on 300 sales, the market might not be as interested in a big sedan (although the Aussie market has typically embraced high performance sedans), but they are most certainly interested in the Ford Mustang – so perhaps the rear wheel drive 2-door is the way to go.

Based on that train of thought, the Dodge Challenger might prove to be super popular in Australia, but we might not ever find out if FCA decides to axe the Dodge brand Down Under.