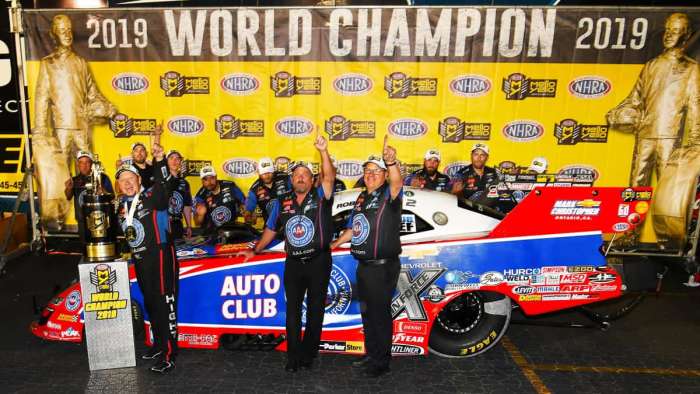 Dodge Charger driver Jack Beckman did what he needed to do to win the 2019 NHRA Funny Car Championship, but Camaro drive Robert Hight lasted long enough to hold onto his lead.
Advertisement

Robert Hight and his Chevrolet Camaro came into the final race of the 2019 NHRA season with a 46-point lead in the funny car championship race over Jack Beckman and his Dodge Charger. Fellow Charger driver Matt Hagan sat third, 56 points back, while Camaro driver and team owner John Force was in fourth, 72 points out of the championship spot held by his teammate. To defeat Hight and John Force Racing, the Charger drivers from Don Schumacher Racing basically needed to win the final event of the season, but they also needed Robert Hight to win in an early round. 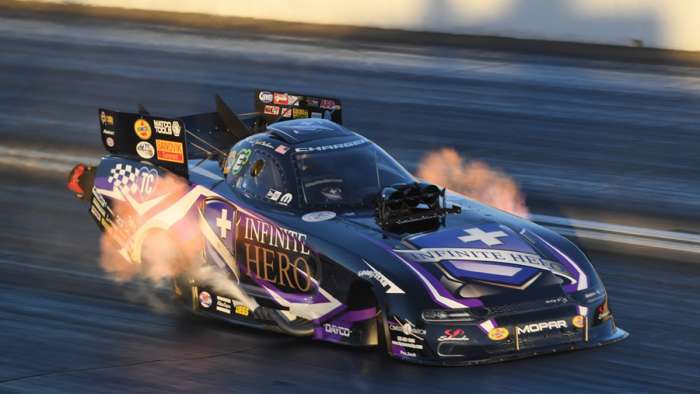 Dodge Charger Title Shot
If Dodge Charger SRT Hellcat funny car drivers Jack Beckman and Matt Hagan wanted to win the 2019 NHRA championship, they needed to beat Robert Hight in the final race of the season. There are also points awarded for qualifying, so it would help to qualify better than Hight, but if one of those Don Schumacher Racing drivers could win and Hight were to lose in an early round, a Dodge Charger funny car would win the title.

Things started off well, with Matt Hagan and his Hellcat Charger funny car qualifying first while Jack Beckman and his sleek Dodge race car qualified second. Meanwhile, Robert Hight qualified fifth, so each of the DSR drivers gained some ground in qualifying. 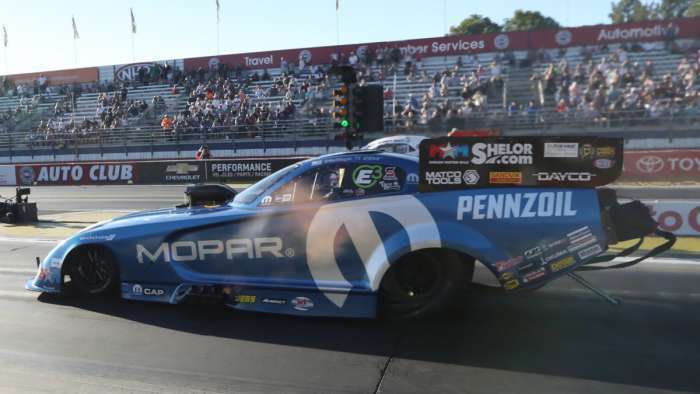 In the first round of eliminations, Robert Hight squared off with teammate and team owner John Force. Force also came into the race with a shot at the title, but that ended when he went up in smoke against Hight. Hight would also win in the second round, beating Shawn Alexander and setting up a semifinal run against Matt Hagan. 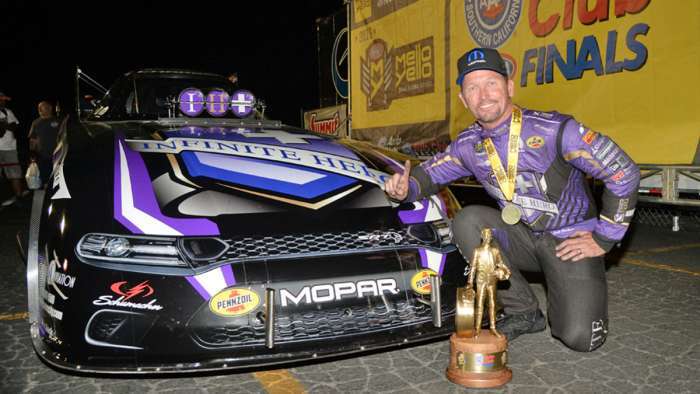 On the final run, Hight didn’t make a pass, but Jack Beckman still did. He ran a 3.920, which was the quickest pass of eliminations. Had the run mattered, the Dodge Charger was ready, but “Fast Jack” had to settle for second place in the championship run with this final win of the 2019 NHRA season.