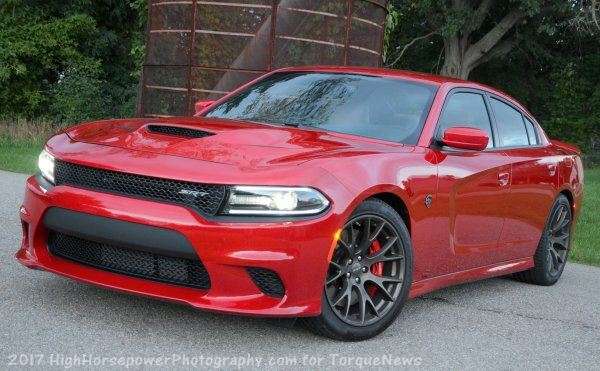 The Dodge Charger is the most popular American vehicle among recent college graduates while also being the most popular vehicle overall at one of America’s most prestigious public universities.
Advertisement

The folks from SwapLease.com have put together a list of the most popular vehicles among current college students and recent college graduates, looking at the vehicles that students are getting into and out of when in college and after. SwapLease.com is the leading automotive leasing company in the US, helping consumers find new vehicles for lease while also helping people get out of currently leased vehicles, so this company gets a great look at the world of automotive leasing from all sides.

Based on their information, SwapLease.com found that the Dodge Charger is the most popular American car for recent college graduates who are looking to get into a new vehicle, while also being the most popular vehicle at the University of Michigan.

Recent College Grads Love Premium Vehicles
According to SwapLease, recent college graduates are most likely to lease one of these five vehicles:
BMW 4 Series
Dodge Charger
Audi A5
Ford F-150
Lexus IS 250

While all of these vehicles have lower price trimlines, there is a clear trend here. The BMW 4 Series, the Audi A5 and the Lexus IS250 are all luxury models while both the Dodge Charger and the Ford F150 are among the more expensive American vehicles on the market today. The Charger and F150 are unique from the other three in the fact that they are not from foreign premium luxury brands, but the Dodge and Ford are also unique from the others in the fact that they are much larger vehicles.

The Audi A5 and BMW 4 Series are midsized 2-door cars and the Lexus IS250 is a compact sedan, but as you likely know, the Dodge Charger is a full sized sedan and the Ford F150 is a full sized pickup truck. It makes sense for recent college grads to buy a small luxury car, but why the Charger and F150?

On the other hand, the Dodge Charger really doesn’t fit with the other cars, as it is much bigger, but like those luxury cars, the Charger offers a long list of both standard and optional features, so the Charger can be equipped to offer most of the interior goodies as those pricey European and Japanese luxury models – but the Charger offers those features at a lower price point and with more interior space. The Charger offers premium interior features such as heated and cooled leather-clad seats and one of the most awarded infotainment systems in the US market, but adding those features to the Dodge will cost you far less than the BMW, Audi or Lexus on the list. The Charger offers all-wheel drive (just like the other cars on the list) and it offers a huge spread in performance, ranging from the 292hp V6 engine to the 707hp Hellcat model, while also offering comparable fuel economy numbers to those smaller, more expensive luxury models.

In short, recent college grads likely flock to the Dodge Charger because they get the most bang for their buck from the big Mopar sedan, whether you are comparing technology, seating space or performance – making it clear why it is competing with the likes of BMW, Audi and Lexus for attention in the leasing market.

However, at the University of Michigan in Ann Arbor, Michigan – one of America’s most prestigious public schools - the single most popular car is the Dodge Charger. According to SwapLease, some 89% of the lease vehicles at the UofM are American models and among those Big 3 vehicles, the Charger is the most popular on campus.