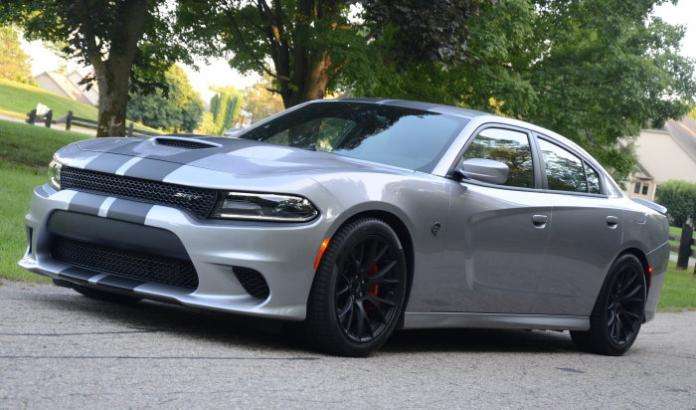 Although the Dodge Charger and Chrysler 300 are due to be replaced in the next few years, sales of the large, rear wheel drive sedans from FCA remain strong, with year over year sales growth for both of the biggest FCA cars.
Advertisement

More importantly, with 5,426 units sold last month, the Dodge Charger was the bestselling rear wheel drive sedan in America. For comparison, the BMW sold 4,084 examples of their popular 3 Series sedan and 3,713 examples of the larger 5 Series sedan – both of which are rear wheel drive models with optional all-wheel drive packages. Lexus sold 2,443 copies of there IS sedan and Mercedes Benz sold 4,899 C-Class models, although it should be noted that the Mercedes numbers do not break out coupes and sedans, so that C-Class number is not all sedans.

Next to the Dodge Charger and Chrysler 300, the bestselling rear wheel drive sedan from an American automaker was the Cadillac CT6 with 890 units sold.

In short, the move by the Dodge brand to focus on larger, rear wheel drive vehicles like the Challenger and Charger is seemingly paying off, with the Charger being one of the bestselling large sedans and the bestselling rear wheel drive sedan in America by a comfortable margin. When you consider the fact that the Chrysler 300 is basically a rebodied Dodge Charger with a more premium interior feel, FCA’s total of 8,516 Chargers and 300s sold last month proves that buyers still want a big, powerful, rear wheel drive sedan – with most leaning towards a sportier look and the rest opting for a more luxurious feel.

Meanwhile, the Dodge Challenger is in a tight race with the Chevrolet Camaro for the 2nd place spot in the American sporty car and muscle car sales race for 2017, so both of the RWD Dodge cars and the Chrysler 300 are all selling well, even though they are all frequently criticized for being older models.

Rumors suggest that there will be a new Dodge Challenger, Dodge Charger and Chrysler 300 coming in the next few years, but until those new models arrive – people are still snatching up the big, powerful FCA cars.

For Some Former Daimler Managers Daimler Is Authority, While Tesla Is Like a Startup
How Daimler Unintentionally Subsidizes Tesla Giga Berlin
END_OF_DOCUMENT_TOKEN_TO_BE_REPLACED