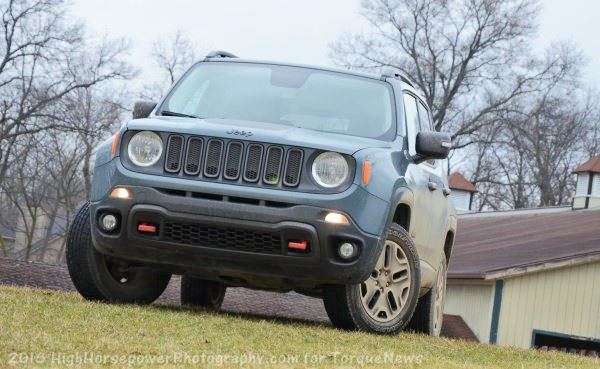 In May 2016, the Chrysler Group posted its 74th consecutive month of year over year gains, with major contributions from the Jeep lineup, the Dodge Challenger, the Chrysler 300, the Dodge Charger and all three of the company’s existing minivans.
Advertisement

The Chrysler Group continued its incredible run of year over year gains, with May 2016 marking the 74th consecutive month where their brands combined to move more units than they had the same month, one year earlier. It was a narrow improvement from May 2015 to May 2016, with the company improving by just 1%, but with around 3,200 more vehicles sold last month – the streak continued.

As you look over the statistics for May 2016 below, keep in mind that the company is basically putting all of their hopes in their large car, minivan, truck and SUV offerings – ignoring (for now) the critical compact and midsized sedan segment. Right now, their plan appears to be working quite well.

Jeep Posts Best Monthly Sales Ever
Jeep was the only brand from the Chrysler core group to post positive growth in May 2016, but with an improvement of 14% to 90,545 vehicles sold – May 2016 was the best sales month in the history of the brand. May marks the 32nd straight month where the Jeep brand has posted year over year growth and the Trail Rated brand has really played the biggest role in the company’s streak of 74 months.

In May 2016, the Jeep Renegade and the Jeep Compass both posted their best sales months ever, combining for more than 20,000 units sold. The Jeep Patriot was up 19% and the Grand Cherokee was up 4%, while the Cherokee and the Wrangler both saw sales decline compared to the same month last year. However, Wrangler was the company’s bestselling non-truck vehicle, with 19,551 units sold.

Large Cars, Large SUVs Shine
As mentioned above, the Jeep Grand Cherokee was up 4% in May and it was joined by the Dodge Durango, which improved by 2% last month. In addition to the growth from those large SUVs, the Dodge Charger improved by 5% and the Chrysler 300 improved by 38%, so the large sedans are selling well amidst the many rumors of the next generation models. Also, with 8,142 units sold, the Charger was the company’s bestselling car.

The Dodge Challenger slipped a bit in May 2016, dropping by 10% from the year before, but with 6,677 muscle cars sold, last month was the best month for the Challenger during the 2016 calendar year. It should be noted that while Challenger sales dropped in terms of the year over year comparison, May sales were strong enough to beat the Chevrolet Camaro by more than 800 units.

Minivans Boom
Finally, May 2016 was a very good month for all of the Chrysler Group minivans.

In its second month of deliveries, the new 2017 Chrysler Pacifica moved 2,495 units. Even with the Pacifica hitting showrooms, the Chrysler Town & Country improved by 49% and the Dodge Caravan improved by a whopping 76%. Both the Town & Country and the Caravan led their respective brands in sales volume.