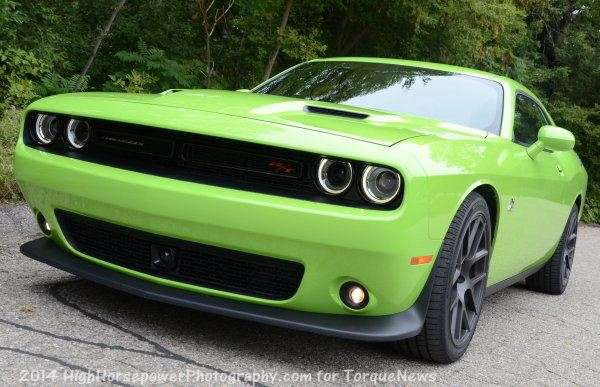 The Dodge Challenger did something last month that it hasn’t done any time in recent history, beating the Ford Mustang in monthly sales – but the Chevrolet Camaro continued its charge for a 5th straight muscle car sales title by comfortably crushing both the Challenger and Mustang.
Advertisement

For the past three years, I have had a spreadsheet that keeps track of monthly sales for the Dodge Challenger, the Chevrolet Camaro, the Ford Mustang, the Chevrolet Corvette, the Dodge Viper and a variety of non-performance models that have no relevance to this conversation. Since January of 2012, the Dodge Challenger has never sold more units in a month than the Ford Mustang and while I don’t know for sure, I suspect that no modern Challenger has ever outsold the Mustang.

However, the Dodge Challenger was finally able to beat the Ford Mustang in monthly sales for September 2014 as the first units of the refreshed 2015 Challenger reach consumers – although the Chevrolet Camaro still comfortably lead the segment in September 2014 sales.

The Camaro Continues to Lead
General Motors moved 5,111 examples of the Chevrolet Camaro coupe and convertible in September 2014. That is fewer units than GM sold of the Camaro in the same month last year, but due to the big decline in sales by both the Challenger and the Mustang – the Camaro claimed its 6th straight monthly sales title and its 7th win in 9 months.

More importantly, this 6th straight month of leading the muscle car segment in sales has allowed the Camaro to further build its lead in the 2014 annual sales race. The Camaro is looking to win its 5th straight title and with a lead that has grown to more than 10,000 units – the Ford Mustang might not be able to catch the Camaro by the end of the year, even with the spike in sales that will come with the arrival of the 2015 Mustang.

The all-new 2015 Ford Mustang is expected to arrive later this month and when it does, there will most certainly be a big spike in Mustang sales. Along the same lines, the wait for the 2015 models is causing a drop in current sales, as buyers are placing orders for 2015 models that are not being delivered yet rather than walking into dealerships and buying models each day. It should be noted that the sales figures that we discuss here on TorqueNews are actually delivery numbers which means that these vehicles have been purchased and delivered to the buyer. Those units that have been ordered in September but not delivered would not be factored into these numbers and there you have a huge drop in Mustang sales that allowed the Challenger to grab the second spot in September 2014.

Mustang has Three Months to Catch the Camaro
The 2015 Ford Mustang will begin arriving in dealerships around the country later this month so in the 2014 muscle car sales battle with the Camaro, Ford will have less than three months to try to close the gap between the Mustang and the Camaro. Right now, the Camaro leads by more than 10,000 units so while Ford will see a big spike in Mustang sales with the arrival of the 2015 models (and the deep discounting of the 2014 models) – it is hard to say whether that spike will be enough to close such a massive gap.