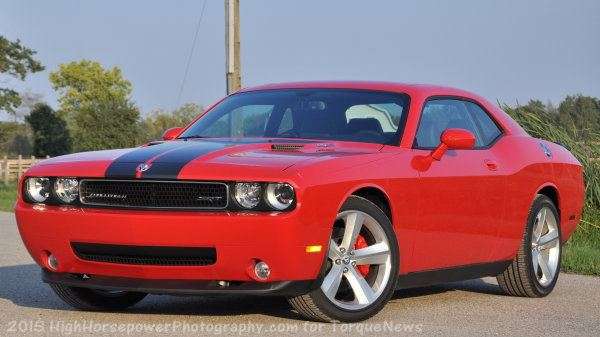 As the Chrysler Group continues to pick through its vehicles to search for the troublesome Takata airbag inflators, around 88,000 examples of the Dodge Challenger have been added to the recall which has covered millions of vehicles around the United States.
Advertisement

During their ongoing internal investigation, the Chrysler Group engineers have discovered that select Dodge Challenger models from the 2008, 2009 and 2010 model year have the same problematic Takata airbag inflator which have accounted for millions of recalls around the world. In total, “only” around 88,000 Challengers are included in this recall and fortunately, there have been no reports of any injuries stemming from the Takata inflator failure in the Dodge muscle car.

The Takata Inflator Recall
The 2008-2010 Dodge Challenger models with the dangerous airbag component have been gathered up in a recall that has accounted for millions and millions of recalls from a variety of automakers around the world. Takata was the leading supplier of airbag inflator systems across the vast majority of global automakers, so this is a recall that has impacted a long list of companies, makes and models both here in the US and around the world.

The problem with the faulty Takata airbag inflator is that in the event of an accident, the metal housing of the inflator can fracture, sending pieces of metal flying out of the steering wheel center at incredible speeds. In fact, this shrapnel travels fast enough to kill someone, with 8 confirmed reports of death caused by the Takata inflators in addition to scores of injuries. Also, the Takata problem caused a fire in a car when the inflator ripped through some wiring, which caused a short and led to a serious fire.

Fortunately, the Chrysler Group only has one report of an injury stemming from a Takata airbag inflator fracture in their vehicles, which occurred in a 2006 Dodge Charger. This latest addition to the Takata recall list just for the Chrysler Group brings their total number to around 5.3 million vehicles, so with only one report of an injury, it is clear that this problem is not particularly common. However, with several people having lost their lives as a result of this Takata inflator failure, when it does happen – it can be catastrophic.

Millions of Vehicles, No Parts
The Dodge Challenger portion of the Chrysler Group Takata airbag inflator recall will formally begin on August 14th, when the letter explaining the situation to the owners will be sent. Unfortunately, with 5.3 million vehicles from the Chrysler Group included in this recall and tens of millions from other automakers – all while the largest provider of the component in the world is going out of business – there is a massive shortage of parts to fix this problem. Because of this shortage, the letter on August 14th will let the owners know that their cars are included in the recall, but it will also explain that parts are not available. Owners will receive a second letter when the parts become available.

I own one of the vehicles included in the first phase of the recall late last year and although I received my recall letter in December, I am still waiting on the parts to fix my truck. I have checked with other dealerships and they also do not have the parts, so there is a good chance that these 88,000 Challenger owners will be waiting a long time for the fix thanks to the poor quality components from Takata.