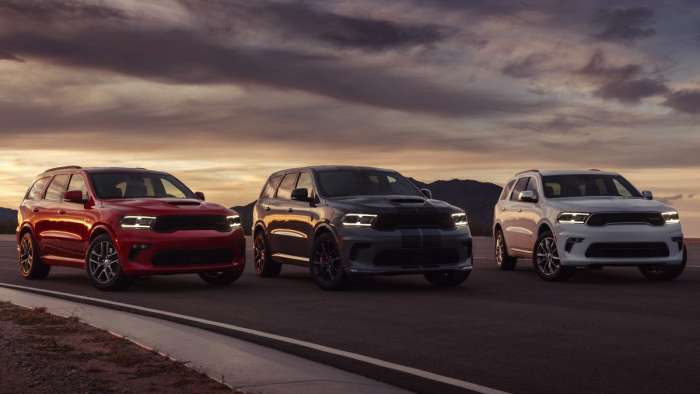 The official statement from FCA confirms our leaked information, as the 2021 Dodge Durango SRT Hellcat will start at $80,995 before destination while the prices of almost every other model increase with the new standard features.
Advertisement

When the 2021 Dodge Durango lineup was introduced last month, the biggest news was the long awaited debut of the supercharged Hellcat model. When the 2021 models were introduced, FCA provided just about every detail, including the 710-horsepower output, but the company held back on pricing. A few weeks later, we were sent what appeared to be a leaked dealership document claiming that the Durango SRT Hellcat would start at $80,995. Today’s press release confirms that number, while providing the starting prices for every other 2021 Durango model.

Durango Hellcat Pricing
Since the big news is the Hellcat model, that is where we will start with the official pricing information. As mentioned above, the 710-horsepower Dodge Durango has a starting price of $80,995, which does not include the $1,495 destination fee. When you add in the unavoidable destination fee, the price actually starts at $82,490. For comparison, the 475 horsepower Durango SRT with the naturally aspirated 6.4-liter Hemi starts at $64,490, so the Hellcat model is effectively $18,000 more than the SRT 392 package. 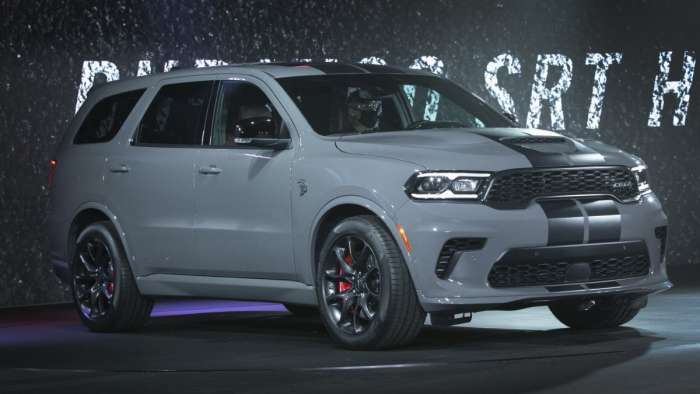 Of course, the Hellcat package isn’t just an engine upgrade, as the supercharged Durango comes with a unique exterior design including package-specific wheels, massive Brembo brakes, specially-tuned Bilstein dampers and a long list of premium interior amenities including the 10.1-inch infotainment screen.

The 2021 Durango SRT Hellcat will sprint from a stop to 60 miles per hour in just 3.5 seconds thanks to the advanced all-wheel-drive system while covering the quarter mile in just 11.5 seconds. It has a top speed of 180 miles per hour and on a 2.1-mile road course, the Hellcat Durango is 1.5-seconds quicker than the SRT 392 Durango. 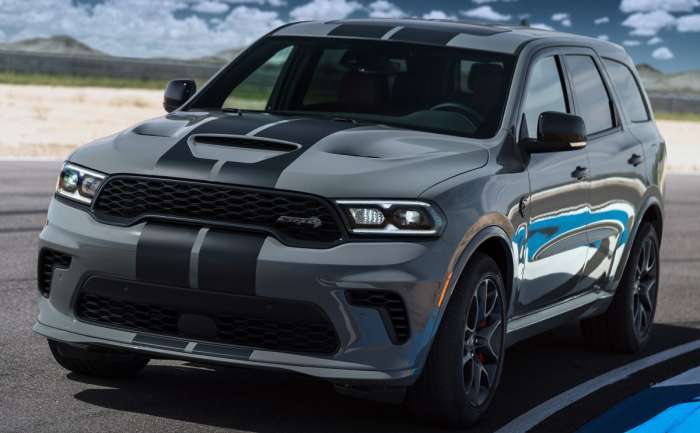 Dodge states that the order banks for the Durango SRT Hellcat will open “this fall”, but the other models mentioned below can be ordered today.

2021 Durango Lineup Pricing
While the biggest news for the 2021 Durango is the Hellcat, the entire lineup received upgrades inside and out. As a result, the pricing for almost every model has gone up and in some cases, the pricing has increased dramatically.

First up, the other new model for 2021 is the R/T Tow N Go, which is a sort of high performance work horse. The package features the 5.7-liter Hemi V8, all-wheel-drive, Brembo brakes, SRT-tuned performance exhaust and new R/T drive modes including Track, Sport, Snow and Tow. This model is capable of reaching 145 miles per hour, but more importantly, it will tow 8,700 pounds. It is fast and it will pull a pretty serious load, making “Tow N Go” a fitting name. This new model starts at $52,900 before destination. 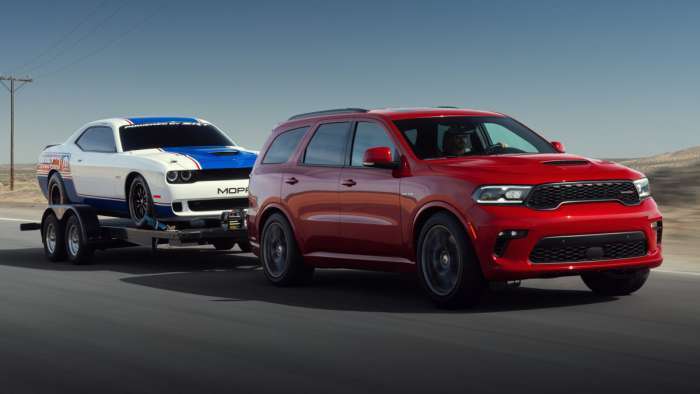 As for the rest of the models, the vast majority of them will cost about a thousand dollars more for 2021. The Durango SXT RWD and GT models prices are all up $970. The SXT AWD is only up $370 while the R/T non-Tow N Go models are up $910. The Citadel models, which have been recreated into premium luxury SUVs, have the highest price increase of $4,810 while the SRT 392 Durango remains steady at $62,995. Again, none of these prices include destination, so for the out-the-door price, add $1,495 to the numbers above. 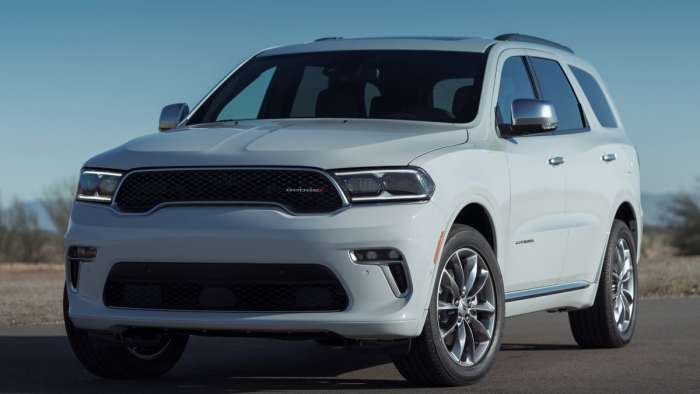 Here is a list of 2021 Dodge Durango prices, along with the 2020 numbers and the change.

Again, all models except for the SRT Hellcat are on sale now, while the 710-horsepower models will official go on sale later this year.