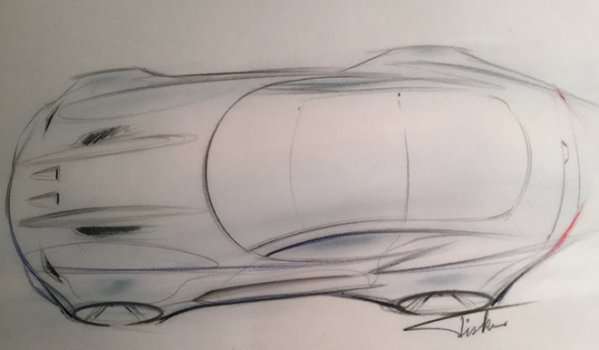 Could the Fisker Force 1 be a Dodge Viper with New Skin?

Henrik Fisker has announced that he will debut a new American supercar at the 2016 Detroit Auto Show and based on the sparse details, the Dodge Viper could be the base on which Fisker’s new Force 1 is built – with a price tag of just under $300,000.
Advertisement

Henrik Fisker is one of the most well-known men in the modern automotive world and based on a new press release, I think that the former electric car company owner and BMW/Aston Martin designer could be turning his attention to the Dodge Viper. The statement offers some vague details on the Fisker Force 1 – an American built supercar which will make its grand debut at the 2016 North American International Auto Show in Detroit. The release talks about the car a great deal without actually offering any concrete facts about the car, but based on the few details offered up, it most certainly sounds like Fisker’s Force 1 could be based on the Dodge Viper.

Should that be the case, the Fisker Force 1 would follow up on the Fisker Galpin Rocket Mustang, which debuted last year with a unique look and 725 supercharged horsepower.

The Dodge Viper is a front-mid engine chassis design with a 2-seat interior, active suspension, it has one of world’s highest output naturally aspirated engines, a 6-speed manual transmission and it is manufactured in Michigan. The carbon fiber body would be unique to the Force 1, as would the taillights, the wheels and the automatic transmission. Also, in looking at the sketch above, I could most certainly see the Dodge Viper chassis tucking under that body with the long hood and short rear end. The Viper is already one of the most powerful naturally aspirated cars sold in the world, so Fisker wouldn’t need to beef the engine up at all in putting the Force 1 among the world’s most powerful.

Most importantly, the Dodge Viper would be readily available for Fisker’s team to transform them into the Force 1, and I can imagine that the Chrysler Group would love to sell 50 Vipers – even if they are going to be rebodied and sold under a completely different name.

Of course, I could be totally off-base with my guess that the Fisker Force 1 will be based on the Dodge Viper, but the details sure seem to match up pretty nicely. It could also be based on the Corvette, but the Corvette is in incredibly high demand and the LT1 would need a great deal of work to be one of the most powerful naturally aspirated engines in the world.

Should any more information surface, you will be sure to find it here on TorqueNews.com, but if nothing else, you will find all of the information on the Fisker Force 1 here when the car debuts next month in Detroit!