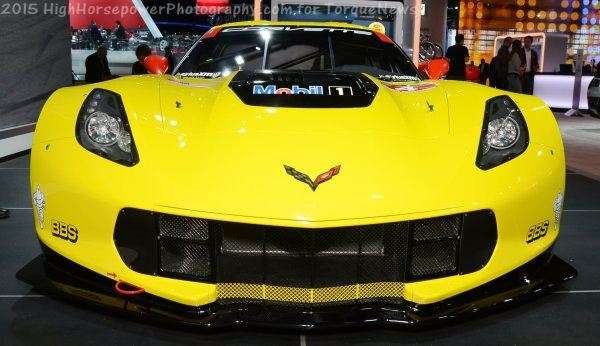 It was recently discovered that General Motors filed trademark applications for Corvette Manta Ray and Manta Ray, both of which are being legal protected with the intention of being used in the name of a future vehicle or engine.
Advertisement

First off, the only official information on this subject is the fact that General Motors has filed a trademark application for the terms “Corvette Manta Ray” and “Manta Ray” for use on “motor land vehicles, namely, automobiles, engines therefor and structural parts”. In other words, General Motors has protected those two names so that only they can use them on a car, an engine or a special package.

Unfortunately, filing a trademark on a name doesn’t guarantee that General Motors will use the name on an upcoming vehicle, but rumors suggest that the Corvette Manta Ray could either be the long-awaited mid-engine Corvette-based supercar or a new mid-level performance package sitting between the standard Corvette Stingray and the supercharged Corvette Z06.

Why Manta Ray?
Back in 1969, General Motors offered up the Manta Ray Corvette Concept, which had a high performance aluminum 427 cubic inch V8 and a unique exterior design which including a long rear end with a striking fastback form. Considering that Manta Ray was a concept back in 1969, it seems very possible that the name could come back to life on a new Corvette concept.

What is the Manta Ray?
There are two popular rumors which could sport the Manta Ray name – a mid-level performance car that would sit between the Stingray and the Z06 and the mid-engine Corvette that we have seemingly been discussing for years.

General Motors’ Corvette boss has stated that no mid-engine Corvette exists, but there have been suspect spy photos and an endless trail of vague insider information that keeps the mid-engine dream alive. With the Manta Ray trademark surfacing, those who truly believe that a mid-engine Corvette is coming are hoping that this could be the first step towards their dream becoming a reality.

The other option is a much newer rumor, indicating that the Corvette Manta Ray could be a more traditional front-engine design, but it would serve as a mid-level performance model. Ideally, this Corvette would have a touch more power than the 460hp Stingray, but less than the 650hp Z06, while also having improved aerodynamics when compared to the Stingray.

Finally, this mid-level performance package could include some of the Corvette Z06 handling bits, making the Manta Ray a modern version of the previous Grand Sport.

General Motors focused on the 2016 Camaro right now, but we can expect some new Corvette tidbits as the 2016 model year vehicles arrive. We shouldn’t expect any groundbreaking changes for 2016, but with C7 Corvette sales remaining so strong, GM will likely strike while the iron is hot.