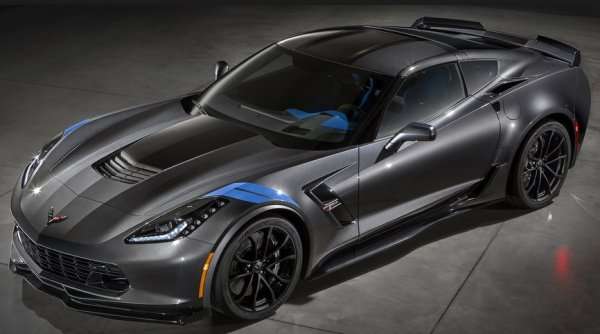 The folks at Car & Driver have published the results of their 2016 Lightning Lap tests at Virginia International Raceway and among the most impressive cars on the track were the new Corvette Grand Sport and both of the new 1LE Camaros – with the V6 model nearly matching the new all-wheel drive Ford Focus RS.
Advertisement

This year’s Car & Driver Lightning Lap trials were packed with supercars and while the best-finishing Chevrolet product was the new Corvette Grand Sport, it is hard to argue that the newest Corvette and Camaros offered up some of the most impressive lap times.

Based on the C&D Lightning Lap results, the new Corvette Grand Sport has more than proven its meddle as an incredible bargain supercar killer. Or, maybe we should just call it the best bargain supercar, although some people might insist that it is too short on power to be considered a supercar.

Camaro 1LE Proves to be Amazing
The 2016 Car & Driver Lightning Lap included the 2017 Chevrolet Camaro 1LE in both V6 and V8 form. If you look strictly at their finishing position, the Camaro’s finishing positions of 10th and 16th might not seem all that impressive, but you need to look at the times and the other vehicles that turned in similar times.

Finally, the Camaro 1LE V6 might be the most impressive car on the 2016 C&D Lightning Lap, as the 335hp muscle car got around the track in 3:04 – just 1 tenth of a second behind the AWD Ford Focus RS. For the sake of comparison, it should be noted that the newest Ford Mustang GT was tested for the 2015 model year and in ran a 3:05.2, making the new V6 Camaro more than a second quicker than the current Mustang GT. As is the case with the V8 1LE, we don’t have official pricing for the new V6 package, but we do know that in the C&D LL1 class (up to $34,999), the 1LE V6 Camaro is the quickest entry ever in the Lightning Lap trials.

General Motors rolled out the 2017 Corvette Grand Sport and the 2017 Camaro 1LE packages, touting them as track ready monsters, and the 2016 Car & Driver Lightning Lap confirms that to be the case.