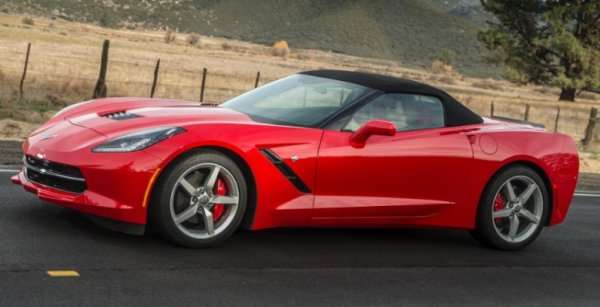 I should start by pointing out that I am well aware that the Chevrolet Corvette Stingray is a very different – and far less expensive – machine than the current SRT Viper. The Viper is a true supercar, coming only with a 640hp V10 engine, a 6-speed manual transmission and a price tag that starts over $102,0000 while the Corvette comes in a far more pedestrian 455hp model with an automatic transmission and a starting price in the $50k range. The Corvette is hardly a supercar by modern standards but when you consider how closely competitive the Stingray is with supercars - it deserves some consideration for offering such incredible performance. It might not have supercar powers - but the new Stingray can do supercar things. At the same time, the Corvette is more accessible in pretty much every way so it is far from a direct comparison to look at the sales figures for the entire Corvette lineup and the mighty Viper, but with these being the top American performance cars right now, there is an obvious comparison between the two. The Stingray has proven to be competitive with the Viper on the right track under the right circumstances and thanks to the massively lower price, GM has sold almost 7000% more Corvettes than SRT sold Vipers in June 2014.

The best comparison in sales will come when the 2015 Chevrolet Corvette Z06 arrives later this year but in the meantime, we are left looking at the stark difference between Stingray and Viper sales. Of course the more affordable, less exclusive Corvette outsells the Viper…but by 7,000%?

The C7 Chevrolet Corvette Storms On
While June 2014 wasn’t as strong of a sale month for the Chevrolet Corvette as was May, GM still sold 2,723 new Stingray fastbacks and convertibles. That is an improvement of 219.2% over June 2013 when only the C6 Corvette was available – continuing to show the popularity of the C7. On the year, GM has sold a total of 17,744 new Corvettes, up 212% from the 5,673 units sold through the first six months of 2013. Remember, this is the same new Stingray that traditionalist Corvette fans insisted would never do well due to the lack of round taillights…so much for that?

General Motors is currently on pace to sell about 35,000 Corvettes this year, which could be a little higher depending on the success and popularity of the 2015 Corvette Z06.

Viper Sales Continue to Slump
In the same month where General Motors sold 2,723 examples of the 2014 Chevrolet Corvette Stingray, the Chrysler Group managed to sell just 36 examples of the 2014 SRT Viper. Since the Viper hit the market full force in April of 2013, the worst sales month prior to June 2014 was in November 2013 when just 41 Vipers were sold. In other words, June 2014 was the worst month for the SRT Viper ever…and there is really no good excuse.

In the past year or so, the SRT Viper’s slowest sales months generally came in months where sales were slow across the entire sports car market in America. This previous worst sales months for the Viper came in November 2013, January 2014 and February 2014 – months which all saw significant amounts of snow and generally unfriendly supercar weather. Not selling many Vipers in the winter makes sense…while selling only 36 Vipers in June simply doesn’t.

This record low SRT Viper sales month comes in the same period of time when the Chrysler Group announced that the SRT brand is being discontinued and the SRT Viper will return to being the Dodge Viper. Perhaps prospective buyers are waiting to snatch up a “new” Dodge Viper – or maybe the 2015 refresh of the Viper is more severely needed than anyone thought.

In any case, sales of the new C7 Chevrolet Corvette Stingray continue to shine, proving the folks who hate the new exterior design wrong as the American market happily snatches up every Corvette Bowling Green can produce.