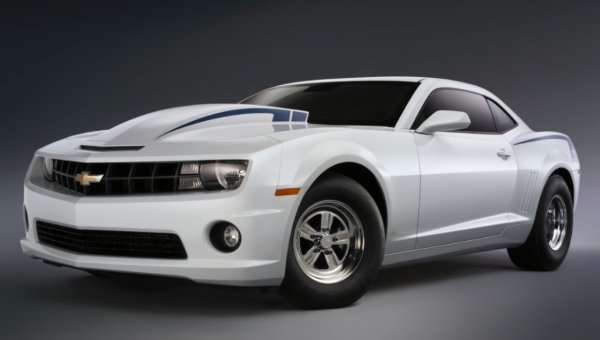 Have you been pining over the COPO Camaro, the Ford F150 Raptor or the C7 Chevrolet Corvette Z06, but there is no real way for you to afford the real thing in the near future, you will soon be able to park a Lego version of these legendary performance vehicles on your desk for less than $20.
Advertisement

The COPO Camaro, the Ford Raptor F150 and the C7 Corvette Z06 are truly the kinds of vehicles that people dream about, but the sad reality is that many people who dream of owning the new COPO, Raptor or the C7 Z06 will not be able to afford one anytime in the near future. In fact, some of those dreamers are likely too young to drive, but regardless of whether you don’t have a drag race-only Camaro, Raptor or Z06 because you cannot afford one or if it is because you aren’t old enough to drive – the folks at Lego have you covered.

The Ford F150 Raptor and the 2015 Corvette Z06 will soon be available in Lego form and while the term “COPO” isn’t used in the available information, the new “Chevrolet Camaro Drag Race” sounds like it will be the build-it-yourself scale version of the modern COPO Camaro. These vehicles will join a list of other well-known performance vehicles in the newest update to the Lego Speed Champions collection.

The Speed Champions Collection
While there are no images available thus far, the official Lego set guide website Brickset has added seven new items to the Speed Champions page, including the new Chevrolet Corvette Z06, the Ford Mustang GT (year unknown), the Audi R18 e-tron Quattro, the Audi R8 LMS Ultra, the Chevrolet Camaro Drag Race, the Porsche 919 Hybrid and 917K Pit-Lane set and the Ford F-150 Raptor/Ford Model A Hot Rod set, which likely comes with a trailer of some sort.

There are no prices listed for these new arrivals, but based on the previous releases, we can expect that the Corvette, the Camaro, the Audi race cars and the Mustang GT will have an MSRP of $14.99. The Porsche 2-car set will likely cost $49.99 and the Ford F150 Raptor/Model A set price will depend on how elaborate the kit is – although it will likely cost at least $40.

Other vehicles already available in the Speed Champions collection are the LaFerrari, the Ferrari 458 Italia GT2, the McLaren P1, the Porsche 918 Spyder, the McLaren Mercedes race car, the Porsche 911 GT 2-car set and the Ferrari race car/team truck set.
Should more information such as pricing or availability become available – or should images surface – you will find it here on TorqueNews.com.

Toyota's First EV Will Have a Name of BZ: Toyota BZ
First Videos From Inside The Boring Company's Las Vegas Loop
END_OF_DOCUMENT_TOKEN_TO_BE_REPLACED