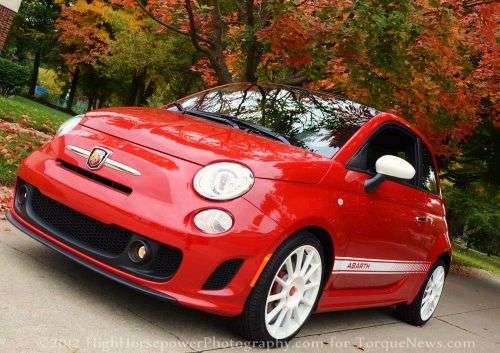 The Chrysler Group continued its incredible climb from the grip of bankruptcy in September 2012, posting the 30th straight month where they have posted a year over year improvement in sales figures thanks to a combination of continued improvement in the American auto industry and a lineup that keeps adding popular new models.
Advertisement

In September 2012, the Chrysler Group sold 142,041 units – up 11.5% from the number of vehicles sold in September 2011 with all of the five company brands showing positive growth last month. Overall, last month marked the best September for Chrysler since 2007 in terms of sales.

“Last month marked our 30th-consecutive month of year-over-year sales increases and our strongest September in five years,” said Reid Bigland, President and CEO – Dodge Brand and Head of U.S. Sales. “Going forward with our current product line up, record low interest rates and a stable U.S. economy, we remain optimistic about the health of the U.S. new vehicle sales industry and our position in it.”

Fiat
The relatively young Fiat brand was the top dog from the Chrysler Group in terms of sales growth with an improvement of 51% over the same month last year. Fiat moved 4,176 examples of the sporty little 500 compact and things should only get better in the future for the reborn Italian brand in America with the upcoming electric version of the Fiat 500 along with larger versions in the near future. On the year, Fiat has sold 32,742 which accounts for an improvement of 136% over last year’s total of 13,861 through the first 9 months.

Dodge
Next in line in terms of sales growth was the Dodge brand was a jump of 18% over September 2012 and with 47,356 units sold last month – Dodge was also the bestselling brand from the Chrysler Group. Dodge was led in sales growth by the Avenger that improved by 89% while the Journey was second with an increase of 41% and the Grand Caravan lineup ranked third with a 32% growth through the 9th month of 2012. In terms of sales volume, Dodge was bested by the Caravan family with 13,488 minivans sold in September. The midsized Avenger sedan was next in line in sales with 8,716 units sold while the Journey was 3rd in line with 7,627 crossovers sold last month.

While the success of the above mentioned models played a big part in both the growth and the strong sales figures for the Dodge brand in September 2012, one of the most important details from last month is the success of the new Dodge Dart. In just the 4th month on the market, the sporty little Dart sent out 5,235 units - more than twice as many units moved than the number of Calibers (the vehicle that the Dart effectively replaced) in September 2011. Granted, the Dart has a long way to climb to catch the top dogs in the compact sedan class (the Chevy Cruze sold 25,787 units last month, the Ford Focus sold 19,736) but it is safe to say that the Dart is already a bigger hit in just four months than the Dodge Caliber was in the entire time that it was produced. The Dart is awesome and consumers are quickly recognizing that. On the year, the Dodge brand has moved 391,912 new vehicles, marking an increase of 13% over the first ¾ of 2011.

Jeep
The Jeep brand posted an improvement of 10% in September 2012 with 39,245 units sold last month. The only vehicle that posted negative growth was the soon-to-be-gone Jeep Compass but with a 42% increase – the Jeep Patriot (which shares underpinnings with the Compass) was the top model from the Trail Rated brand in terms of growth. The Grand Cherokee was second in growth with an improvement of 19% and the rugged Jeep Wrangler was third in growth with a 6% increase. In terms of sales volume, the Grand Cherokee posted a slim monthly win over the Wrangler by a margin of 12,539 to 12,097. The Jeep Liberty, which is due to receive a major overhaul in the near future, was third in sales with 5,646 new models sold last month. Jeep has moved a total of 365,190 new vehicles this year, accounting for an increase of 20% over the first 9 months of 2011.

RAM
The Ram brand was the worst of the five Chrysler brands in terms of sales growth in September 2012 but with an increase of 4%, the Ram brand was still better than a great many single brands in the US (including GMC, which is the only other all-truck/utility vehicle brand). The Ram brand was topped in both growth and sales volume by the Ram pickup family which moved 25,973 units for an improvement of 6%. The Ram C/V had a strong month in moving 433 units which accounts for a significant increase but in the grand scheme of things – the Ram C/V plays a very small role in the Ram brand’s improvement. On the year, the Ram brand has sold 219,360 units for an increase of 16% over last year.

Panasonic Updates Profit Forecast, Noting How Much Tesla Batteries Help The Jump
2022 Porsche 911 GT3 Laps Nurburgring in 7:04 With Journalist Behind The Wheel
END_OF_DOCUMENT_TOKEN_TO_BE_REPLACED