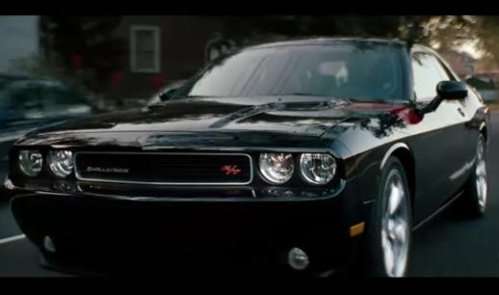 Today, the Chrysler Group unveiled their newest advertising campaign titled Second Half in America – with four 1-minute commercial spots featuring each of the four American Chrysler brands accompanied by an illustration of a true American who has faced tough times.
Advertisement

Second Half in America follows up on the uber popular Super Bowl ad titled Halftime in American and featuring Hollywood tough guy Clint Eastwood but where Halftime in America really didn’t promote any Chrysler Group vehicles – Second Half in America uses each of the four new commercials to feature one of the current company products in a story about an American citizen overcoming some sort of adversity. Interestingly, the announcement of this new ad campaign points out that these four new commercials were shot at the same time as the 2-minute Halftime in America Super Bowl ad and those few glimpses of Chrysler products from that original commercial each become the focal points of these new television spots.

The four new Chrysler Second Half in America ads are set to debut on television throughout this weekend, during both normal primetime television programming along with some major sporting events.

-The new Jeep ad named “Jenny in the Jeep Wrangler” features the Jeep Wrangler and will run during the NCAA Men’s Basketball Semi Finals along with airing on the American Movie Channel during various movies this weekend.

-The Ram ad “Tommy and the Ram” features and Ram Heavy Duty and will run during this weekend’s NASCAR races in Martinsville Virginia as well as during the American Country Music Awards.

-The Dodge ad “Shaun in the Challenger” shows off a sexy new Black Challenger R/T and will run during the NCAA Men’s Basketball National Championship Game as well as various NHL broadcasts over the next few days.

-The Chrysler ad “300 My Son Steven” obvious showcases the Chrysler 300 and this spot will join the Jeep ads during the NCAA Semi Finals as well as running during the season premier of the popular drama Mad Men.

“I’d like to remind everyone as they watch to remember the spirit of “It's Halftime in America” and its simple message that in the land of opportunity, everyone has the right to dream and the power to turn that dream into reality,” said Olivier Francois, Chief Marketing Officer for the Chrysler Group.

Each of these commercials build on the theme of America’s rebound from the recent “Great Recession” but they each take a very different angle in doing so. The first ad that we saw is perhaps the most touching, with the Dodge “Shaun in the Challenger” focusing on a father who has returned from serving in the military and spends time with his son talking about life in a 2012 Dodge Challenger R/T. Next, Chrysler’s “300 My Son Steven” commercial illustrates a father’s pride in his son’s success over the years as it shows the son driving through life in his new Chrysler 300. The Jeep ad “Jenny in the Jeep Wrangler” is narrated by a young girl who is talking about the trials and tribulations of moving to a new city while being driven to school by her mother in their Jeep Wrangler. Finally, the Ram “Tommy and the Ram” talks about a wife’s admiration for her husband who has worked long, hard hours to make ends meeting during hard times.

Chrysler, like the country as a whole, has gone through tough times over the past 5 years but with the help of the US government and new parent company Fiat – the Chrysler Group has climbed out of their hole to face what is looking like an ever-brighter future.

Enjoy the commercial below courtesy of the Chrysler YouTube channel without having to wait through a weekend of television programming.