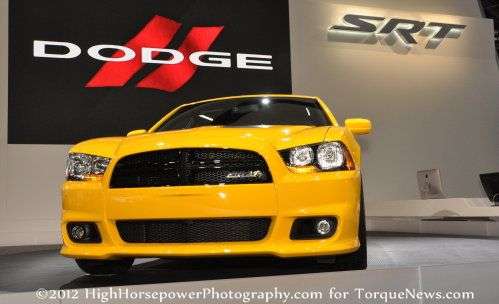 The Chrysler Group starts 2012 strong, leads the industry in growth

The Chrysler Group was one of the strongest automakers doing business in the USA through 2011 and as the first month of 2012 has come to an end – the smallest of the Detroit Big 3 continued their stunning success with an improvement of over 44% compared to the same month last year.
Advertisement

The Chrysler Group’s year over year growth of 44% put them atop the list for January 2012 – besting the next closet automaker (Jaguar/Land Rover) by 13%. In showing a growth of 44% across the five brands, the Chrysler Group climbed over the 100,000 unit mark where in January 2011, the company sold just over 70,000 vehicles. This continued growth is a sign of the strides made by the Chrysler Group since Fiat took the reins; as their new and/or redesigned vehicles become more popular with the American car buyer. The best news is that all of the four preexisting brands (Fiat didn’t get into full production until later in 2011) showed a gain of at least 29% last month.

Since the Fiat brand was not doing business in the US in January 2011, there is no growth rate but with 1,911 examples of the new Fiat 500 sold last month – Fiat is off to a good start for the New Year. If the brand can keep up this pace throughout the year, they should easily improve on the sales figures from the 2011 calendar year.

The Ram Truck brand was next in line in terms of growth, with a year over year improvement of 42%. This increase was due largely to the Ram pickup family, which lead the small brand in both growth (47%) and sales volume (17,909). The new Ram C/V – a small panel van based on the Dodge Grand Caravan – was second in sales volume with 406 units sold while the out-of-production Dakota pickup rounded out the Ram brand sales with 155 units sold in January.

Next in line was the Jeep brand with a 37% increase over January 2011 accounting for 31,710 units sold – making Jeep the bestselling brand from the Chrysler Group. The Jeep Liberty was the top model in terms of growth with a jump of 68%, followed by the redesigned Compass at 64% and the flagship Grand Cherokee rounded out the top three with an improvement of 40%. The Jeep Grand Cherokee was the Trail Rated brands top model in terms of sales with 10,683 new SUVs sold while the Wrangler was second with 7,896 and the Liberty was third was 6,825 units sold last month.

Last in terms of growth among the Chrysler Group brands but certainly not least was the Dodge brand – which moved 31,454 vehicles for an increase of 29% over last January. The sexy new Dodge Charger (shown on the right in the new Super Bee trim) was the top model in terms of growth was an increase of 169% over last January, followed by the Durango with a jump of 152% and the Avenger with a 146% year over year increase. The Dodge brand can expect to see their numbers climb as we get further into the year, with the new Dodge Dart slated to finally give the Chrysler Group a legitimate player in the uber popular compact sedan segment.