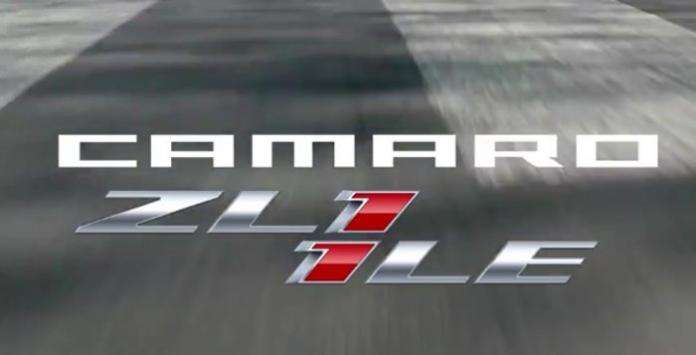 We know that the 2018 Chevrolet Camaro ZL1 1LE has been to the Nurburgring at least twice and it seems that a new record time could be on the way, as Chevy has offered up a short teaser video previewing the Ring run by the supercharged 1LE.
Advertisement

The 2017 Chevrolet Camaro ZL1 holds the record at the Nürburgring for the quickest Nordschleife lap time by an American muscle car with a time of 7:29.60. The 2018 Camaro ZL1 1LE is obviously based on the record-setting ZL1, but the 1LE package adds improved aerodynamics, a more track-friendly suspension setup and stickier tires on lightweight wheels – all of which should make it an even better track car.

In theory, the 2018 Chevrolet Camaro ZL1 1LE should be able to eclipse the Nürburgring muscle car record set by the 2017 ZL1 and based on Chevrolet’s recent Facebook video – we should be learning more about this record run soon.

Its Time Has Come
This new Chevrolet video begins by showing the shape of the Nürburgring with the course name in the middle, leaving no question that the clip relates to “The Ring”. The video then shows short glimpses of the Nürburgring at various points followed by an image of the ZL1 1LE rear spoiler, someone pulling on a driving suit over a “Camaro VS Everybody” t-shirt and a racing helmet – all in a three-way split screen format.

As the split screen layout ends, we see the familiar flow-through Chevrolet Bowtie emblem of the 2018 Camaro ZL1 1LE with the words “Its time has come” spread across the screen. I believe that has two meanings – the first being that the time has come for the new 1LE to serve as the king of the road-handling muscle cars and the second stating the time Nürburgring lap time is coming.

The video ends with the Camaro ZL1 1LE logo that you see in the screenshot above, with a front-facing view of a car blasting along the Nürburgring.

The video is only 16 seconds long and it contains just six words, but the images in this clip tell the story. The Camaro ZL1 1LE has likely set a new muscle car record at the Nürburgring and with this teaser video traveling around the internet in a hurry – it shouldn’t be long before Chevrolet rolls out the full footage and the official lap time.

While I am completely guessing, I expect that the 1LE package could get the newest Chevrolet Camaro ZL1 into the low 7:2X range, putting it among some of the world’s greatest supercars on the world’s toughest road course.