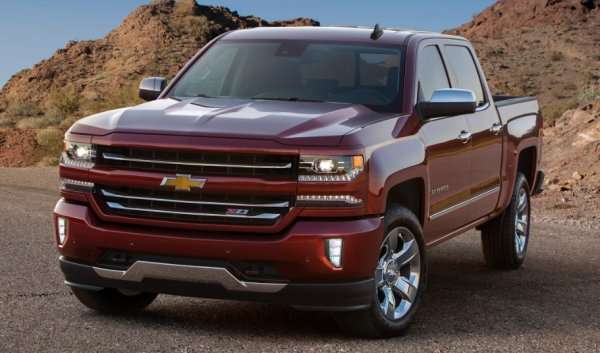 Although the current Chevrolet Silverado is just two model years ago, General Motors has announced that the Chevy half ton pickup will get a new face for 2016, as the automaker looks to quickly address complaints with the exterior design.
Advertisement

The 2014 Chevrolet Silverado introduced us to the new generation of the popular half ton pickup, but when the new models showed their faces – they were quickly accused of being too similar to the previous models. On one hand, the success of the previous Silverado would lead some to believe that a new generation that is a slight evolution would a good move. However, the basic exterior design of the 2014 Silverado was just too similar to the older 2013 models for some folks in the media and some vocal consumers.

In my humble opinion, the current Chevrolet Silverado is the best half ton truck General Motors has ever offered and while I don’t see anything wrong with the exterior design, I can understand the desire for a fresher look. Fortunately, General Motors has paid close attention to the critics of the new Silverado and they are making a bold move based on the input from the critics, making the unconventional decision to restyle the face of the Chevy Silverado after just two model years.

The 2016 Silverado Z71
Before we get into the details of the 2016 Chevrolet Silverado facelift, I should point out that the details are extremely limited. The image above is the only shot available of the 2016 Silverado and with this truck wearing the Z71 trimline goodies, I expect that this front end will be more dramatic than the lower cost models. Above all, the deep-reaching front fascia seems too aggressive to include on every new Chevy pickup, but I expect that many of the other attributes will be found across the lineup.

As mentioned, this starts at the top, with a bold new restyled hood with sharper, bolder lines than the 2015 Silverado. We can also see the spread of horizontal lines that run through – and create – the 2016 Chevy grille. Finally, the new Silverado gets a set of LED daytime running lamps on each side and while the stacked headlight shape exists, the stacked headlights are gone.

Non-Aesthetic Changes
In addition to the facelift, the 2016 Chevrolet Silverado will offer more availability for the 8-speed automatic transmission as well as the new Chevy MyLink system with Android Auto and Apple CarPlay.
No other information is available on the 2016 Chevrolet Silverado, but General Motors has promised more information as we get closer to the fall arrival of the 2016 model year trucks.

I really didn’t have any problems with the styling of the 2014/2015 Chevrolet Silverado, but I find this exterior refresh to be a bold move in the right direction. These changes have made the 2016 Silverado bolder and more high tech looking, while also introducing a particularly sporty front fascia that I expect will not be found on every 2016 Silverado – but it definitely makes the 2016 Z71 stand out in a big way.