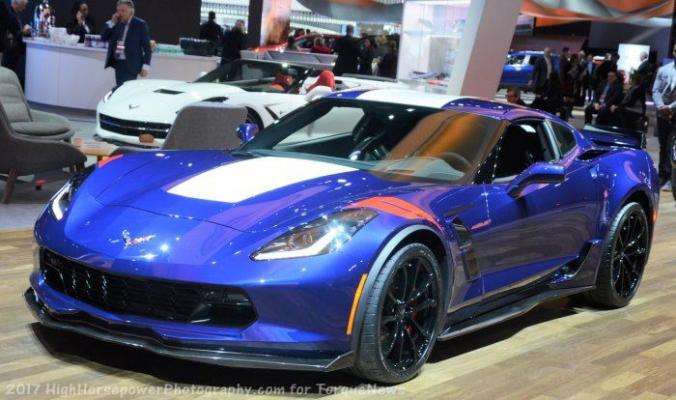 The Chevrolet Corvette is America's Most American-Made Car

A study conducted by American University in Washington DC has found that the Chevrolet Corvette is America’s most American-made car, marking the 4th year in a row that America’s historic sports car has claimed that title.
Advertisement

Each year since 2013, American University has issued their “Made in America Auto Index”, which looks at a long list of variables to figure out which vehicles sold in America are the most Made in America. However, this study looks at far more than just where a vehicle is physically built, taking into account things like where a company’s headquarters are located (thus where they contribute the most to the local economy), where key drivetrain components are built, where vehicle R&D was performed and, of course, where the vehicles are built.

When American University first published their Made in America Auto Index back in 2013, the Dodge Avenger was the most American-made car in America, but when that model was killed off for the following year – the Chevrolet Corvette jumped up into the top spot.

America’s first true sports car has remained in that top spot every year since then, with 2017 being the 4th straight year where the most Made in America car was the Chevrolet Corvette.

Profit Margin - This was measured based on the location of an automaker’s headquarters. If an automaker’s global headquarters is located in the US, the model receives a 6. If it is not, it receives a 0. The assumption here is that (on average), 6% of a vehicle’s value is profit margin, so if it is a U.S. automaker, the profits remain in the country.

Inventory, Capital and other expenses - If assembly occurs in the US, the model receives an 11; if not, it receives a 0.

Engine - If the engine is produced in the US, the model receives a 14; if not it receives a 0.

Body, Chassis, and Electrical Components - 50 % of a vehicle’s score is assigned to this category. The AALA percentage is divided into two to derive this score.

The overall 2017 Made in America Auto Index list is topped by the Chevrolet Traverse, the Buick Enclave and the GMC Acadia with a score of 85.5% American. The Ford F150 is in second (technically fourth if we spread out those closely related GM SUVs) and the Corvette comes in third or fifth overall, depending on how you look at the list.

The next car on the list is the Ford Taurus in sixth (or ninth), filing in behind the similar Ford Expedition and the Lincoln Navigator.

For Some Former Daimler Managers Daimler Is Authority, While Tesla Is Like a Startup
How Daimler Unintentionally Subsidizes Tesla Giga Berlin
END_OF_DOCUMENT_TOKEN_TO_BE_REPLACED