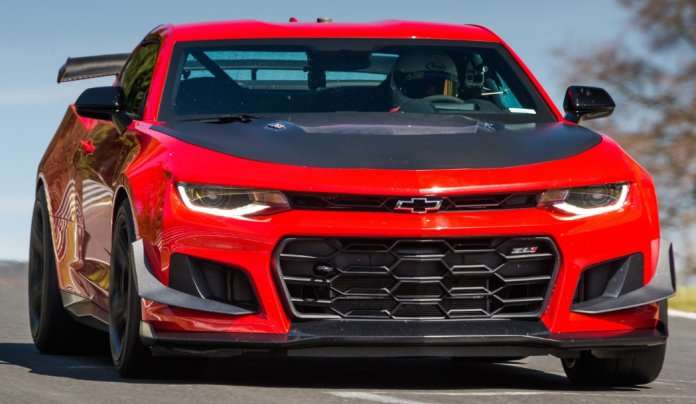 The Chevrolet Camaro ZL1 1LE is, without question, the greatest American muscle car in terms of road course performance. General Motors has proven that by laying down an impressive time of 7:16.04 at the Nurburgring and once these cars begin hitting tracks around the United States – we could see more of them setting their own track records.

However, even though the new Camaro ZL1 1LE is the fastest American muscle car to lap the Ring, Europeans will not be able to buy it from their local Chevrolet dealership. It turns out that the same aerodynamic bits which make the ZL1 1LE such a beast on a road course also prevents it from passing European pedestrian safety standards, meaning that Chevrolet will not be able to sell it anywhere in Europe.

While this might seem ridiculous to some people, vehicle safety requirements don’t just look at what happens when a vehicle hits another vehicle. These tests also score a car based on how much damage they do when they hit a pedestrian, and in Europe, those tests and requirements are far more stringent than they are here in the USA. As a result, the aggressive aerodynamic bits of the 2018 Chevrolet Camaro ZL1 1LE caused it to fail the European pedestrian crash tests, meaning that Chevrolet dealerships in Europe will not be able to sell the car.

This information comes from the latest issue of Motor Trend’s Ignition video series, which discusses the amazingly capable Camaro ZL1 1LE. While addressing the key aerodynamic components of the 1LE package, the host points out that those components have made the car illegal for sale in Europe. Evidently, the dive planes on the front corners and the unique splitter pose a far greater risk of injury when striking a pedestrian.

On one hand, it makes sense that the protruding dive planes and splitter are more likely to catch the clothing or a pedestrian in the event of an accident, but on the other hand, this seems to punish performance car owners who are likely to never come close to hitting a person walking down the street.

However, since the European vehicle safety standards have such strict pedestrian impact measures, the lightning quick Camaro ZL1 1LE will not be sold anywhere in Europe. That is bad news for any Americans or American car lovers living in Europe, but it is good news for those European supercar owners who are now less likely to face the struggle of being outrun by a Chevy Camaro – even on the curviest roads.

Elon Makes a Cybertruck Statement With an Action, But Quiet in Words
Tesla's Record Month in China: Doubled Registrations in March 2021
END_OF_DOCUMENT_TOKEN_TO_BE_REPLACED