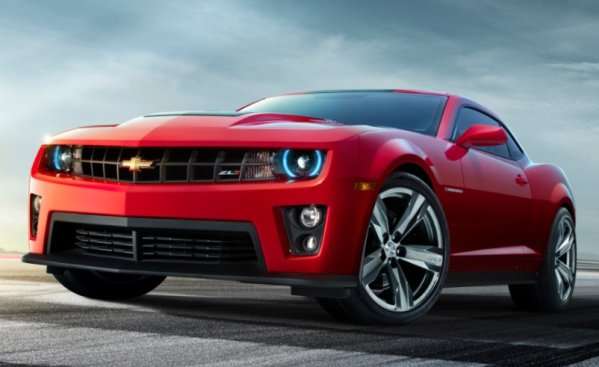 During internal testing, General Motors used the Pirelli Trofeo R high performance tires that are standard on the Chevrolet Camaro Z/28 on the more powerful Camaro ZL1 – but the supercharged ZL1 was still slower than the naturally aspirated Z/28 on a road course.
Advertisement

The Chevrolet Camaro Z/28 is the most track capable Camaro of all time and there are a handful of features that allow the less powerful Z/28 to outperform the mighty Camaro ZL1 on a road course. In addition to the monster Brembo carbon ceramic brakes, a track tuned suspension setup and a super aerodynamic body package, the Pirelli Trofeo R tires on the Z are a big part of the incredible acceleration and cornering capabilities of the new Z/28. Of course, it should be noted that the Camaro ZL1 also has some heavy duty brakes, a high performance suspension system and some extra aero goodies while packing 75 more horsepower and 75 more lb-ft of torque.

Although the ZL1 doesn’t have the same level of aerodynamics, braking capacity and the race spec suspension, it does have a consider amount more power so some folks in the Camaro enthusiast world how the ZL1 would size up to the Z/28 when the supercharged beast is fitted with the Pirelli Trofeo R high performance tires from the Z/28.

Well, according to a reader Q&A sessions on Jalopnik with Z/28 chassis dynamics chief engineers Mark Stielow, GM wondered the same thing while testing the two super-Camaros so they fitted up the Pirelli Trofeo R skins to the Camaro ZL1 and hit the track. With those massive 305 tires tucked under all four of the flared fenders, the ZL1 was able to stop, accelerate and handle the corners harder than with the standard ZL1 skins. According to GM, these tires made a difference, but not enough of a difference to allow the ZL1 to turn better lap times around Road Atlanta than the Z/28.

In other words, stickier tires will help your $56,000 Camaro ZL1 come closer to the $75,000 Camaro Z/28, but the blown beast will still fall short of the LS7 powered Z/28. The explanation was simply that there needs to be additional chassis tuning to get the most out of the Trofeo R tires and I would imagine that the lower curb weight of the Z/28 – even with 75 less horsepower and 75 less lb-ft of torque - makes a big difference when you are talking about a gap of a couple seconds around a 2.54 mile road course.

So, those Chevrolet Camaro ZL1 owners who are hoping to buy up a set of the 305 Pirelli Trofeo R tires from the Camaro Z/28 with the hopes of outrunning the Z/28 – you will need to do more than just swap tires. Even with that in mind, I would expect that at some point we will see some aftermarket tuning company roll out a ZL1 upgrade package that will allow the ZL1 to beat the stock Z/28…but the expense of doing so will likely raise the money invested in the ZL1 up into the price range of the Z/28.

The upside to a built Camaro ZL1 is, of course, that you would have a high end factory sound and navigation system..and air conditioning.