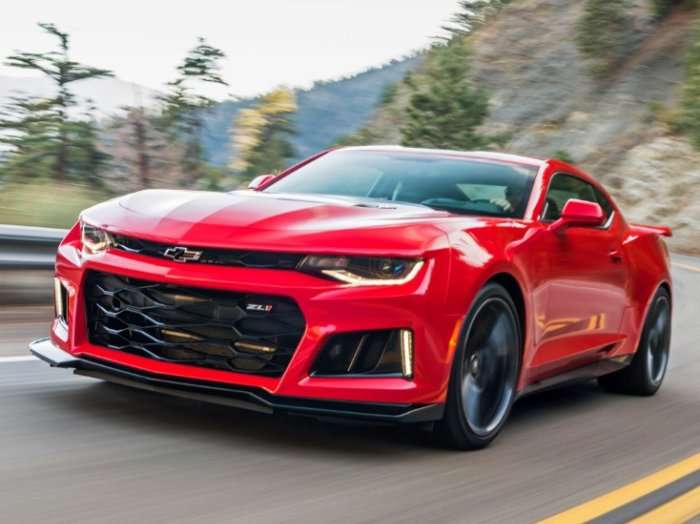 General Motors has trademarked the ZL1 name in Australia and if the LT4-powered Chevrolet Camaro is offered in that market, it will comfortably dominate the performance car scene while making short work of the Ford Mustangs sold Down Under.
Advertisement

Late last month the news broke that General Motors had trademarked the ZL1 name in the Australian market. While it could be a simple move to protect that name, it seems very possible that the Chevrolet Camaro – marketed in Australia by the Holden Special Vehicles division – could be offered in ZL1 trim. Should that happen, the Camaro ZL1 will be one of the most powerful vehicles sold in Australia, but more importantly, it will be far more powerful than the Ford Mustang offered in that market.

Camaro ZL1 Down Under
The Chevrolet Camaro ZL1 in the United States is powered by the supercharged LT4, which delivers 650 horsepower and 650 lb-ft of torque via the buyer’s choice of a 6-speed manual or the new 10-speed automatic transmission. It is the most powerful Camaro ever and aside from the new Corvette ZR1, the Camaro ZL1 is the most-powerful road-going Chevrolet car ever (offering the same power as the C7 Z06).

If the Camaro ZL1 loses 2% of its power on its trip to Australia, it will offer somewhere in the area of 635 horsepower, which doesn’t have the same ring to it as 650 horsepower – but 635 would still make the Camaro ZL1 one of the nastiest cars on the Aussie roads. For those unsure, the Dodge Challenger and Dodge Charger are not available in Australia (not counting grey market imports), so the 707-horsepower Hellcat models aren't officially sold in that region by an automaker.

We know that the Camaro SS will soon be available through Holden Special Vehicles later this year, but we will have to wait and see what news Chevrolet has for the Aussie market and the ZL1 once the SS hits the street.

The Next Generation
The biggest roadblock in the Camaro being offered in Australia is that Chevrolet does not produce is in a right-hand-drive configuration. Right-drive is required for road use in Australia, so cars built with left-drive need to be converted before they can legally be driven on the road Down Under. GM hasn’t made any promising comments in relation to building the current Camaro with right-drive, but it has been rumored that the next generation Camaro – which could arrive as soon as 2021 if the popular rumors are accurate – could be built with the steering wheel on the right side of the car.

In the meantime, GM performance fans in Australia will have to be happy with the HSV-converted Camaro SS with the LT1, but there might be a far more powerful American muscle car on its way.