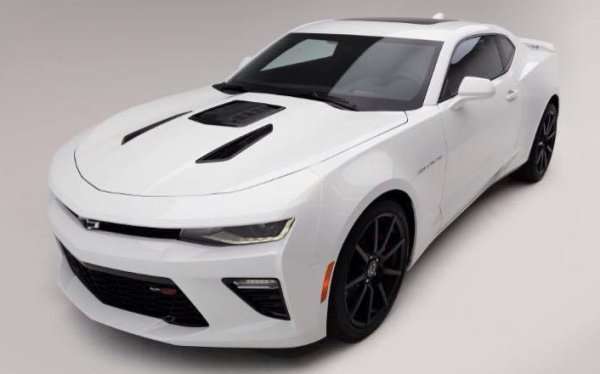 We have just learned about the 2017 Chevrolet Camaro ZL1 and the folks at Callaway have already announced that they have a beefed up version of the 6th gen ZL1 – packing 740 horsepower and a proper Callaway name to reflect the power output.
Advertisement

The 2017 Chevrolet Camaro ZL1 is powered by the supercharged LT4 V8 with estimated power numbers of 640 horsepower and 640lb-ft of torque. Those figures will make the 6th gen ZL1 the most powerful production road-going Camaro ever, but we all knew even before the new ZL1 existed that when it did arrive – people would be rushing to make even bigger horsepower.

Fortunately, the fact that the new Camaro ZL1 is powered by a similar LT4 as the Corvette Z06 means that much of the R&D for high performance packages has already been done. As a result, the team at Callaway has already announced some features of their new Camaro ZL1 SC740 package.

The Callaway Camaro ZL1 SC740
The 2017 Chevrolet Camaro ZL1-turned-Callaway SC740 actually seems to be a pretty simple package based on the release posted on the Callaway Facebook page.

The heart of the package is the Callaway GenThree supercharger system with their TripleCooler intercooler system, which replaces the factory supercharger housing. In addition to the design changes, the Callway supercharger displaces 2300cc compared to the stock unit’s 1740cc, so the SC740 supercharger moves roughly 32% more air. There is no mention of other performance modifications for the package, but when you consider the fact that the Callaway Camaro only needs to pick up an extra hundred horsepower, there shouldn’t be much more needed than a better flowing blower setup. Of course, this supercharger swap does include an engine tune, but it seems that the vast majority of the other ZL1 components are left stock.

Based on the image above, we can see that the Callaway Camaro ZL1 SC740 will also have the see-through hood design, a unique grille with the SC740 logo and some package-specific wheels wrapped in sticky rubber.

No pricing has been announced with the first information on the 2017 Callaway Camaro ZL1 SC740, but we know that it will be offered with either the manual transmission or the new 10-speed automatic transmission. Also, like the production Camaro ZL1, the new Callaway SC740 Camaro will hit the street late this year.

Callaway is the first shop to announce a high performance package for the 2017 Camaro ZL1 and I expect that it will be the first of many. We are sure to see much bigger horsepower packages from both Callaway and other tuning shops, since the SC740 is really barely cracking into the world of increased boost pressure or improved engine components. In short, the SC740 package is just about as simple as it gets, yet it will make the new ZL1 into an even meaner machine.