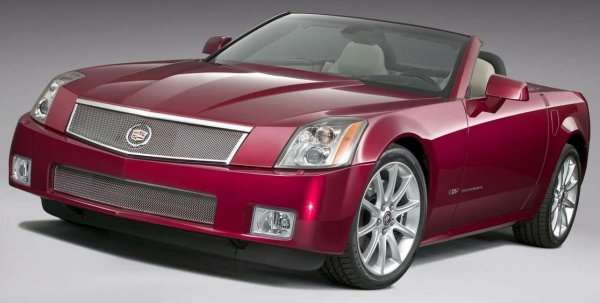 The Cadillac Corvette Could Be the Brand's Non-Sedan Flagship

In a lengthy comment posted on what is a now-debunked article about the future of Cadillac, the brand’s boss Johan de Nysschen stated that there is a non-sedan flagship coming and as I have speculated in the past – I believe that we could be getting a Corvette-bases supercar.
Advertisement

The Detroit Bureau recently published a piece outlining the future of the Cadillac brand based on insider information, but much of that piece was quickly debunked when Cadillac brand president Johan de Nysschen posted to refute that insider information. While de Nysschen was fairly kind, he made it clear that the troubled future of Cadillac which was being painted by The Detroit Bureau is unfound and incorrect, but more importantly, the luxury boss offered some insight into what is coming from Cadillac in the not-so-distant future.

Johan de Nysschen stated that the Cadillac brand is planning a refresh of the XTS, which comes a surprise considering the early popularity of the rear-drive CT6. He also stated that we would see a new large crossover that will be a touch smaller than the Escalade, a new compact crossover that will be smaller than the XT5, a pair of entry-level luxury sedans and a “comprehensive enhancement” to the new CT6.

Most importantly, Johan de Nysschen stated that the company is working on “a Cadillac flagship which will NOT be a 4 door sedan”.

He didn’t go into any detail, but a flagship luxury vehicle that is not a sedan can be one of two things – a huge SUV or a 2-door sports car.

Why the Non-Sedan Flagship Could Be Corvette-Based
I know that I have speculated in the past that Cadillac could be working on a Corvette-based sports car without any new official announcements, but the news of a non-sedan flagship makes that possibility seem as real as ever.

Figure that in the modern luxury world, automaker have three options for their flagship vehicle – a big sedan, a big SUV or a high performance sports car. In many cases, proper luxury brands have a flagship of sorts in each one of those categories, but right now, Cadillac only has a showstopper in two of those categories. The new CT6 is a remarkable luxury sedan and I believe that it can comfortably compete with anything from Germany and the Escalade is, without question, the best large luxury SUV on the market. However, not since the Corvette-based XLR back in 2004-2009 has Cadillac offered a proper sports coupe, leaving a very obvious gap in their luxury lineup.

On the other hand, there have long been rumors that Cadillac is working on a Corvette-based sports car and with the performance capabilities of the C7 Corvette lineup, the company certainly has the tools to build an incredible luxury sports car.

The Cadillac Corvette Could Crush All Competition
The new Chevrolet Corvette Z06 is one of the most track capable street cars in the world and the lower performance models – including the Stingray and the Grand Sport – are also among the most formidable performance cars on the road. All GM really needs to do is fully rebody the Corvette Z06 and add a far more premium interior layout and Cadillac wouldn’t just have a flagship sports car – they would have a sports car that is capable of going toe to toe with the best from Audi, Mercedes Benz and BMW. The Corvette Z06 has proven itself to be more than capable of beating the best from across the pond, so a Cadillac with Corvette underpinnings would very likely be one of the best luxury performance cars in the world.

In terms of a non-sedan flagship, it is hard to come up with a vehicle that has more true luxury flagship potential than a sports car with the chassis and drivetrain of the C7 Corvette Z06 coupled with the interior amenities of the modern Cadillac lineup.

Robert Hofmann wrote on October 4, 2017 - 7:02pm Permalink
I am glad you really like the CT6. This past December I leased a 2017 CT6 Platinum. Now, I thought my 2014 XTS was the best Caddy I ever had but this CT6 beats the XTS. My car has been problem free for me. I love that it is so quiet and now I have a touch pad I can use to control the CUE system instead of having to reach to the dashboard to make changes. I feel that this car can go head to head with the S Class and the 700 Series. When I am driving and I see eithe of those cars I no longer feel my Cadillac is a lesser car. My only complaint is the number of buttons in the overhead console. It gets confusing between the front sunshade, the back sunshade, the rear window screen. I was wondering why my interior lights stopped working and it was because I hit a button on the overhead console.. Thanks for a great article!