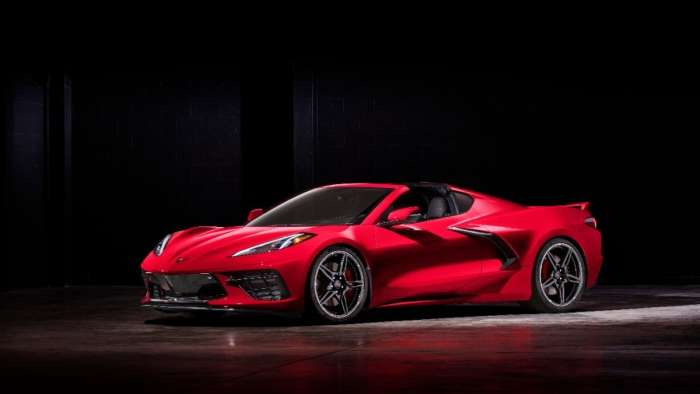 The C8 Corvette is Different in a Very Good Way

After last night’s debut of the mid-engine 2020 C8 Chevrolet Corvette, there have been plenty of negative comments on social media, but this car represents a major step in the evolution of the American sports car – and it will likely destroy European exotics at a fraction of the price.
Advertisement

Last night, the next generation of the Chevrolet Corvette was introduced at a special event in Southern California. After years of speculation, spy shots, rumors and inside information, the long-awaited, mid-engine Corvette was finally, formally introduced to the world. For the most part, the reception was very good, especially when we learned the performance numbers and pricing, but of course, there are some people who don’t like the C8.

Some people don’t like the shift to the mid-engine and the exterior reshaping that comes with that layout, but the people who are going to hate the new Corvette because it is a mid-engine car have already made up their minds.

Other people don’t mind the fact that it is mid-engined, but they insist that it looks too much like a given Ferrari or some other car with the engine mounted behind the driver.

Others yet don’t like the interior layout with the center console dominating so much of the cabin or the fact that there is no manual transmission option, but if you look past those opinion-based critiques, the C8 Corvette is a groundbreaking sports car that should reshape how the world looks at American performance. 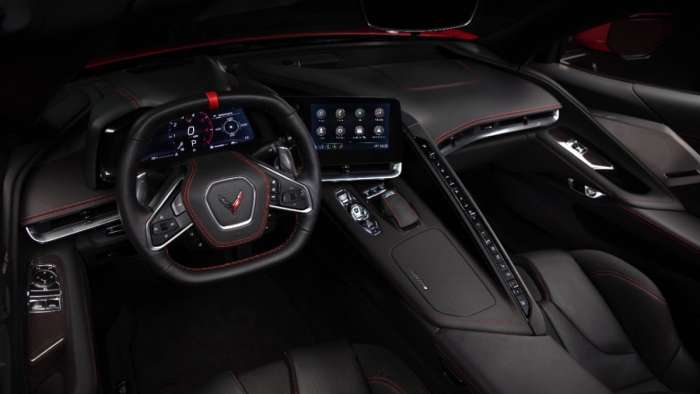 LT2 Power and Performance of the 2020 C8 Corvette

The keystone of the new C8 Corvette is the mid-mounted V8 engine, which is an new mill named the LT2. This is essentially a reworked version of the LT1 from the C7 Corvette that has been packaged with a unique intake and exhaust setup designed to work with the mid-engine layout, with these changes leading to output of 495 horsepower and 475 lb-ft of torque when the engine is fitted with the performance exhaust system. With the standard exhaust setup, the C8 offers 490 horsepower, which is still a nice step up from the 460 horsepower of the LT1. 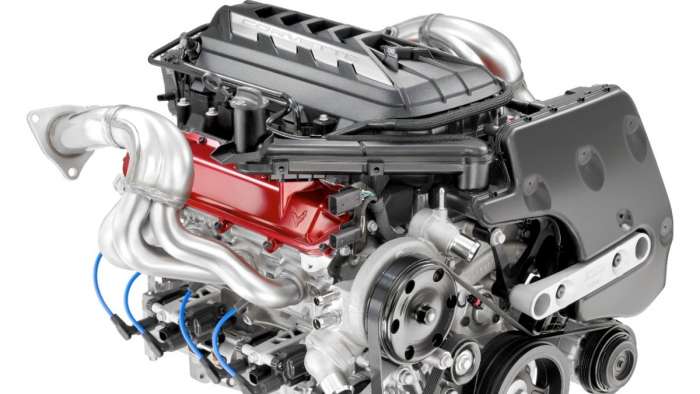 The power from the new LT2 travels a short distance to the rear wheels by means of a Tremec 8-speed dual clutch automatic gearbox and when properly equipped, Chevrolet claims that the new Corvette will dash from a stop to 60 miles per hour in less than 3 seconds. That is quicker than the current Z06 with 650 horsepower and it could challenge the 755-horsepower ZR1 at 2.85 seconds, but we will have to see how far under 3 seconds the C8 can get.

Some critics are insisting that the 0-60 time is unrealistic for a car with "only" 495 horsepower, but with less drivetrain loss than a front-engine car and with the drivetrain weight aiding with traction, it is very possible that the C8 could hit those numbers in the real world.

Finally, while we don’t have any other performance numbers, we can expect that this Corvette will handle better than any of the previous models thanks to the weight balance of the mid-mounted engine. Thanks to the dry-sump oiling system, the engine sits low in the chassis, so not only is the weight balance ideal, but the center of gravity should be extremely low as well. As a result, this could be the best-handling Corvette ever, if not the best-handling American car ever.

The fear for many Corvette lovers was that with the move to mid-engine, there would be a huge price hike, but that does not seem to be the case. No exact pricing has been announced, but company representatives have stated that the C8 will start under $60,000. For comparison, the current Corvette starts around $56,000, so even if the C8 starts at $59,999, $4,000 is a small price to pay for the big leap in performance.

We will have to wait for real world performance testing, but there is a good chance that the new Corvette will take down many of the best sports cars from Europe and Japan while costing substantially less. Even if the car is optioned-up to $75,000, it is still considerably less expensive than any other mid-engine performance car that offers comparable performance. 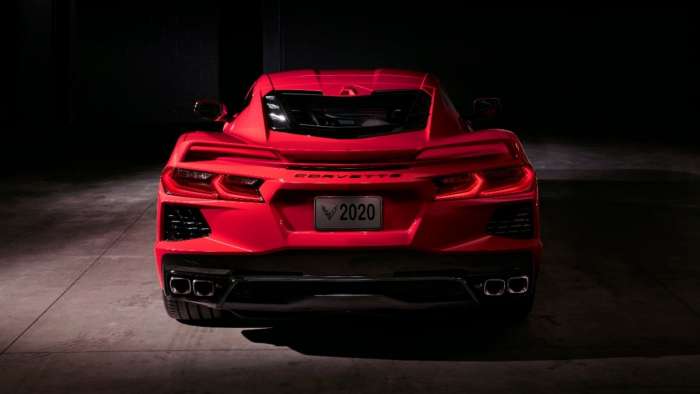 In other words, there is a good chance that this Corvette, starting under $60,000, will beat Ferraris and Lamborghinis that cost 3-4 times that.

Say what you will about the styling or the lack of a manual transmission – the C8 Corvette looks like an absolutely incredible sports car on paper. If the sub-3-second 0-60 proves to be realistic in the real world and if this car handles as well as we expect, it will knock off high priced exotics from across the pond left and right. Whether on the open road, the drag strip or the road course, the new C8 Corvette could reset the standard for American performance while the price will lead to sales numbers that dwarf most mid-engine machines from around the world.

You might not like the look, but anyone who enjoys seeing American performance cars outshine expensive European exotics should at least hold off on their negative judgement of the C8 Corvette Stingray until we have gotten a chance to see it go toe-to-toe with other mid-engine machines in the real world. 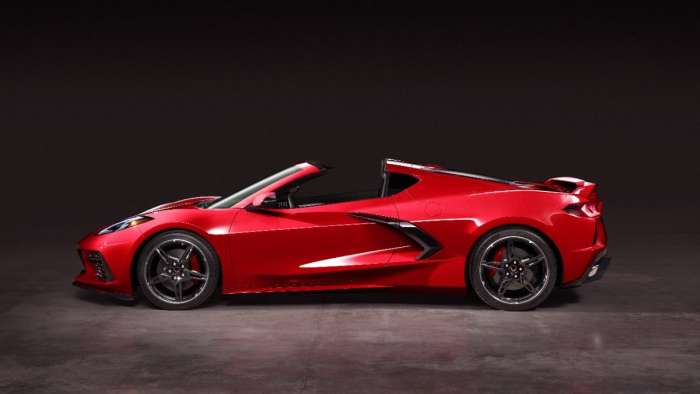 My guess is that with the new Corvette, Chevrolet is going to hurt the feelings of many Ferrari, Lamborghini and Porsche owners while pushing the American auto industry to the top of the sports car world.

Terry wrote on July 19, 2019 - 4:06pm Permalink
I feel that it’s hard to say that this is an Evolution of an American Sports Car, when in reality is an Evolution of a European Design to an American Sports Car Manufacturer. It looks nice and I’m sure it’ll be great for GM Corvette Sales. Right now, I’ll stick with my C4 and C5.
Chaz wrote on July 19, 2019 - 4:07pm Permalink
I loved the 2020 Chevrolet Corvette. My problem is that most naysayers have never driven a high-performance mid-engine sports car. They have no idea, the difference
David wrote on July 19, 2019 - 4:07pm Permalink
I see room for styling improvements in the rear end but I still like it.
William wrote on July 19, 2019 - 4:09pm Permalink
My input to the conversation is that at most 10-15% of C8 Corvette buyers will track their car. The rest of us will drive as we do anything else so why the need? I understand demographics but I vote “NO “
Rob wrote on July 19, 2019 - 4:09pm Permalink
I see it as we are moving into the future of vehicles. This is a vehicle with features that most others do not have. It is well balanced for many reasons. I think this is the direction we are going with vehicles. I know it resembles a Ferrari. Ferrari has been designing their vehicles this way for a reason.
Brandon wrote on July 19, 2019 - 4:10pm Permalink
I like Corvettes enough that I've always been infatuated with their heritage and history as well as the people who pushed to keep them competitive in the industry. They always wanted mid-engine because they knew the benefits and I think this car reflects what the Corvette has always desired to be.
Sue wrote on July 19, 2019 - 4:11pm Permalink
I am not feeling this one. Maybe once I see the C8 up close then something will change, but right now it's a no for me.
DeanMcManis wrote on July 19, 2019 - 7:47pm Permalink
My biggest surprise of the C8 Corvette announcement was the price. I have always liked the Corvette's styling, but at a glance the mid engine performance car look comes across as being a European supercar. Which I'm sure was the plan. And having nearly 500HP and a serious performance platform, should make it a hit. You reference the supercars that will be worrying about the Corvette (and there will be even more to worry about when the higher performance models come out), but I think about the other sports/performance cars in the Stingray's price range, and I think that Porsche is going to worry about future sales of their 300HP, 0-60 in 4.9 sec Boxster and Caymen, and BMW's Z4, M2 and M4 coupes!
Bill wrote on July 26, 2019 - 10:26am Permalink
Agree with your comments. The first to feel the impact will be European makes in that price range (your examples). I was looking at a DuPont Registry and the other cars that are going to feel the pinch due to the new C8 are previously owned, low mile Ferrari’s, Lamborghini and Porsche’s, that even used cost $150k-$200K. Insurance and maintenance on a C8 will be significantly lower than a used supercar.