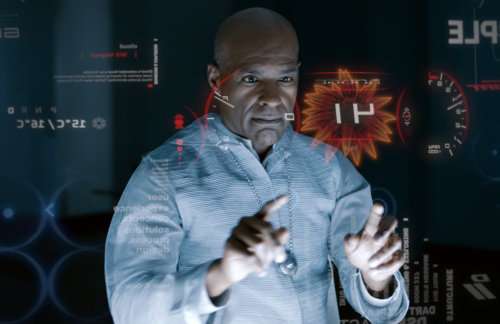 The Chrysler Group has just posted the newest television advertisement for the 2013 Dodge Dart, titled “How to Make the Most Hi-Tech Car”, which will debut on the small screen tonight during the NFL season opener on NBC – marking the beginning of a new wave of advertising for the sporty new compact spanning broadcast and print.
Advertisement

Like the first 2013 Dodge Dart television advertisement that debuted during the Olympics named “How to Change Cars Forever”, the newest ad named “How to Make the Most Hi-Tech Car” features a fast talking voiceover guy, a catchy background and a rapid progression of images that tell quite an interesting story. The first 2013 Dart ad was a somewhat realistic look at how a car goes from concept to production crammed into 90 seconds but this second advertisement takes a far more fictional approach in an effort to show off the high tech features of the new Dart.

In “How to Make the Most Hi-Tech Car”, this 32 second television commercial spot shows us how the Chrysler Group created the 7” customizable TFT screen located in the gauge cluster of the 2013 Dodge Dart. According to the ad, the company first built the groundbreaking Dodge Dart and then built a time machine which they used to travel to the year 3,000 in order to find someone who could “build a futuristic dashboard display”. After using the time machine to travel back to 2012, future dude (shown on the right) uses one of those giant see-through touchscreen computers that appear in so many sci-fi movies (also shown on the right) to design and configure the TFT gauge cluster – along with explaining that TFT means Thin Film Transistor display.

Once future dude has created the 7” TFT display for the 2013 Dodge Dart, this short second TV spot shows the high tech cluster in action including a quick look at the navigation screen, the park assist screen and the fuel economy readout. Chrysler then sends future dude back to his own time and destroys the time machine (which seems shortsighted not to keep it around – those who disagree with the bailouts will likely complain about the wasted cost of the destroyed time machine).

The second 2013 Dodge Dart ad ends with a discussion of winning awards and New England Patriots quarterback Tom Brady is there to accept it on the behalf of the new Dart. You can view the video below.

“With August sales of more than 3,000 units and two consecutive months of nearly 300 percent increases, we are very pleased with how the Dodge Dart has been received in the marketplace,” said Reid Bigland, President and CEO – Dodge Brand, Chrysler Group LLC. “We have been steadily ramping up dealer inventories of the Dart throughout the summer, and the fall marketing campaign will make sure everyone knows about this world-class vehicle that offers segment-leading technology and benefits never before found in a compact car.”

In addition to debuting tonight during the kickoff of the 2012 NFL regular season, the new Dodge Dart TV ad will join the shortened version of “How to Change Cars Forever” during other NFL games along with college football games, a mix of regular season and playoff MLB baseball, award shows including the Latin Grammys and the American Music Awards and a general mix of popular television shows across the networks. Other portions of the new Dart marketing campaign begins with a USA Today newspaper cover wrap on September 6th and continues with “home-page takeovers” on USAToday.com on September 6th and Yahoo.com on September 7th. Over the next four weeks, the Dodge Dart will have a heavy presence each Friday in the USA Today sports section and prominent placements in the season premier issues of Entertainment Weekly and People magazines – in addition to appearances in a wide variety of traditional print ads in all sorts of magazines and newspapers.