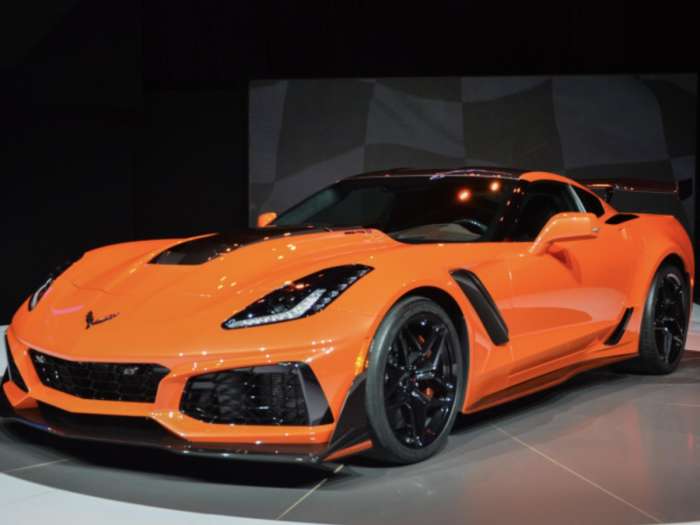 General Motors has recalled roughly 500 examples of the 2019 Chevrolet Corvette ZR1 over a concern that with the right set of circumstances, the airbags could fail to open in the event of a crash.
Advertisement

The 2019 Chevrolet Corvette ZR1 is an incredible machine. With the supercharged LT5 V8 delivering 755 horsepower, it is the most powerful production road car from GM or Chevy ever, while ranking as the second most powerful American road car of all time, trailing only the 2018 Dodge Challenger SRT Demon at 840 horsepower. When you factor in the high performance suspension setup, the monster braking system and the unique aero bits, the new ZR1 is the most track capable Corvette of all time.

Unfortunately, General Motors engineers have discovered an issue with the airbag system that could prevent them from opening in the event of a crash, so the automaker has decided to recall 498 examples of the 2019 Corvette ZR1 to address this airbag problem. We don’t know for sure, but with the ZR1 being a low volume model that has just started reaching dealerships and owners around the country, that number likely accounts for the entire production run thus far.

The Problem
GM engineers have discovered that hard braking or acceleration with the Corvette ZR1 could cause the diagnostic system to enter into a “fault mode”. When in this fault mode, the diagnostic system will not recognize a crash or trigger the airbags. Needless to say, if you crash one of the world’s fastest and most powerful supercars, you want all of the safety features to function.

Worse yet, once the diagnostic system is in this fault mode, it will not reset itself without servicing, so the airbags will not work until the car’s computer system has been reset. In other words, if you take your ZR1 to the track and have a fun day or hard braking and harder acceleration, the system could go into this fault mode. If you then crash the car on the way home or a few days later, the airbags may not function.

Fortunately, there have been no reports of the Corvette ZR1 airbags failing in the real world with owners at the wheel. This problem was discovered during media track testing and after the engineers looked into the issue, the decision was made to recall these cars.

The other upside to this issue is that the fix is as simple as a plug-n-play reprogramming of the diagnostic system that will allow it to maintain normal function through violent driving maneuvers. Frankly, it is kind of odd that GM didn’t program the system to handle hard G-loads from the beginning when you consider the purpose of this vehicle, but in any case, the company is getting the problem fixed before anyone gets hurt.

This recall is not yet available on the NHTSA website and there is no current timetable for the recall to begin, but these 498 ZR1 owners will eventually be contacted and asked to return to the dealership for the reprogramming process.