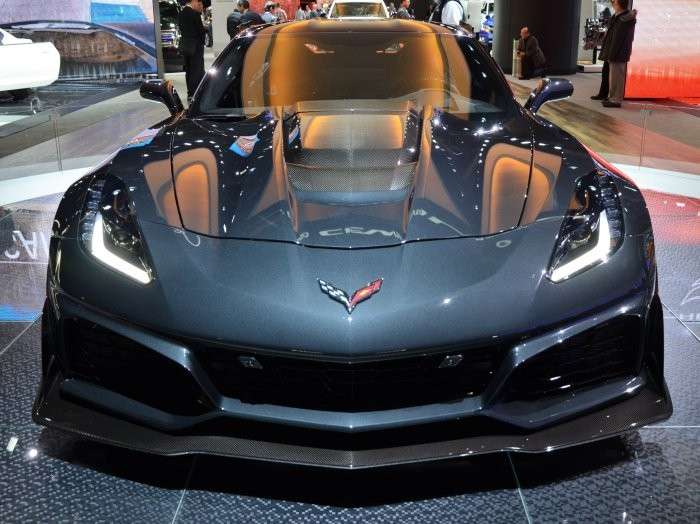 The 2019 Chevrolet Corvette ZR1 is the most powerful production road car ever produced by General Motors, but we know now that it is also the quickest – titles which extend across the entire American supercar segment.
Advertisement

Of course, with power levels like that, we knew that the 2019 Corvette ZR1 would be the quickest and fastest American supercar ever, while the high tech suspension system and the elaborate aero upgrades made it the most track-capable American supercar ever. However, we didn’t know just how quick it would be, so although we knew that Chevy expects the ZR1 to hit 212 miles per hour, we didn’t know how long it would take to cover a standing quarter mile – until now.

Corvette ZR1 Acceleration
While attending the 12 Hours of Sebring race in Florida, Corvette Product Manager Harlan Charles fired up a new ZR1 for the crowd, letting them hear the new LT5 as it cleared its throat. Corvette Blogger had a guy on hand and during the walk-around with the Corvette boss, he learned that the 2019 ZR1 will dash from a stop to 60 miles per hour in just 2.85 seconds while getting to 100 takes just 6 seconds flat. More importantly, the new Corvette ZR1 will run the quarter mile in just 10.6 seconds, with a speed of 134 miles per hour. Those figures are achieved with the 8-speed automatic transmission.

All of these numbers are going to make the new Chevy supercar tough to beat for almost any stock American car and most foreign supercars. We are likely to see it setting road course track records all over the world and with any luck, GM will get it to the Nurburgring for a record run on the world’s best-known track with turns.

The bottom line here is that with the ability to leave a stop light and hit 60 in less than 3 seconds, the new Corvette ZR1 isn’t going to lose many short drag races against stock vehicles and with the ability to run mid-10s, the list of modified cars that will compete outside of a track setting is going to be fairly short as well.