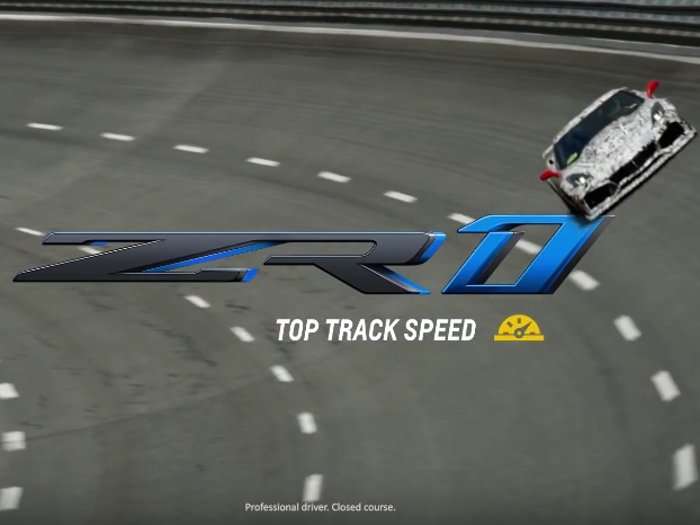 When General Motors announced the key performance figures for the 2019 Chevrolet Corvette ZR1, we learned that the LT5-powered beast has an official top speed of 212 miles per hour. As is the case with many high performance cars, the official top speed of the C7 ZR1 was certified under the two-trip method. This system requires that the car makes two runs on the same track, first in one direction and then in the other. This allows the team to compensate for wind or any grade in the track, as the top speeds from the two runs are averaged out and the resulting number is the official top speed.

This means that for the 2019 Chevrolet Corvette ZR1 to have an official top speed with the two-trip method, it actually went at least a bit faster and in the video from GM, we know exactly how fast.

The Official Testing
As the video below shows, the Corvette team took the 2019 ZR1 to the Automotive Testing Papenburg (ATP) in Papenburg, Germany to record the car’s official top speed. A run was made in each direction on the huge, narrow oval with high-banked turns, with the long straightaways allowing the ZR1 to really stretch its legs.

On the first pass, the 2018 Corvette ZR1 hit a top speed of 214.88 miles per hour, which is nothing short of incredible. On the second run, with the car headed in the opposite direction, the LT5-powered Chevy supercar hit 210.2, leading to an average number and an official top speed of 212.54 miles per hour – or 212 when you conservatively round it down.

At 212 miles per hour, the 2019 ZR1 is the fastest Corvette ever, beating the aforementioned C6 ZR1 and Z7 Z06, but more importantly, the 755-horsepower C7 beats the now-discontinued Dodge Viper, which had an official top speed of 206 miles per hour.

Crank up your speakers and enjoy the sound of the fastest Corvette ever proving its capabilities in Germany.