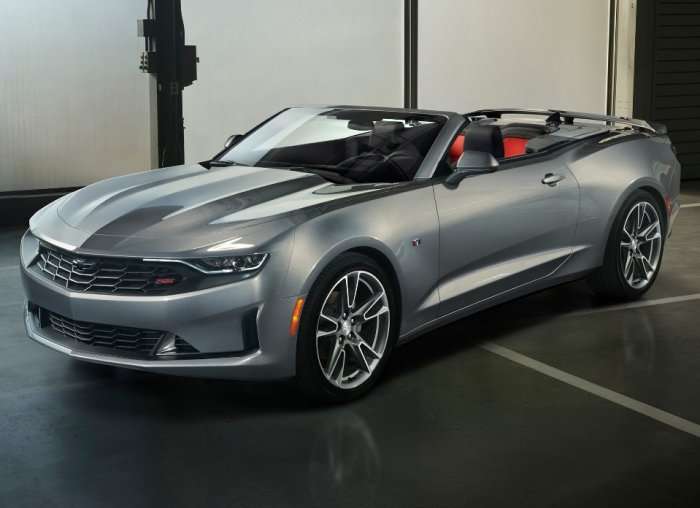 The 2019 Chevrolet Camaro has a new look and a variety of new features, but most importantly, it has new pricing, with the base model starting almost a thousand dollars less than 2018 while the 2LT package drops by $3,000 – but all of the V8-powered models appear to remain unchanged.
Advertisement

Chevrolet Camaro sales have been pretty poor since the 6th generation car was introduced for 2016, leading the company to make a handful of changes for the 2019 model year. The entire lineup got a front and rear refresh, the 1LE package has been expanded to include 4-cylinder models, the availability of the automatic transmission has been expanded to include lower-priced trim levels and as we have learned via CarsDirect, the new model is getting new pricing as well.

While all of the other changes should lead to incremental increases in sales numbers, one of the biggest complaints about the Camaro is price, so lower prices could have the biggest impact on improving sales of the Chevy muscle car.

No Change for V8s
First up, for those people hoping to get a V8-powered 2019 Chevrolet Camaro such as the SS or ZL1 for less than it would cost right now, you are out of luck. It appears as though the pricing structure for the Camaro SS and ZL1 remains unchanged, with the 1SS starting at $37,995 while the ZL1 – which carries on with the 2018-style front end – will still start at $63,795. The CarsDirect report stated that the ZL1 would remain unchanged, but they also said that it would cost $68,495, so there is a discrepancy there, but it looks like $68,495 is the price of the 2018 Camaro ZL1 convertible without the $1,300 Gas Guzzler Tax.

In any case, the initial report from dealership order guides states that the SS and ZL1 will carry on with 2018 pricing, so buyers aren’t going to enjoy any price cuts with the big power.

Price Cuts on the Low End
Most notably, the entry-level 2019 Camaro LS starts at $25,995, down $905 from 2018, so getting into the base model costs significantly less than it would right now (discounts notwithstanding).

As for that new 3LT model, it starts at $31,995, $500 more than the 2018 2LT. The 3LT comes with more standard features, including the V6 engine and more optional gadgets. For example, the $2,800 Convenience & Lighting Package is only available for the 3LT, so if you want things like forward collision warning and blind spot monitoring systems, you have to go for the 3LT.

Why No V8 Price Cuts?
Provided that all of this information is accurate – and I expect that it is – some people will likely wonder why Chevrolet dropped the price of the LS and LT models, but not the SS and ZL1 models. There are probably a variety of reasons, but the most significant cause would be a focus on the highest volume models.

The smaller engines outsell the V8s in the Camaro year after year, and while the company is hesitant to break those numbers down, we have generally seen a blend of 60-65% for the non-V8s to 35-40% for the V8 models. In reducing the pricing of the LS and LT models, the company is looking to improve the sales numbers for their most popular models and while reducing the price of the V8 cars could lead to improved sales, dropping the price of the base and mid-level cars should have a much bigger impact on the overall sales numbers.

LG's New EV Battery Plant Is a Welcome News for Tesla
Tesla Giga Berlin's New Hurdle: It's Not Only the Gov't, but Now Tesla Itself
END_OF_DOCUMENT_TOKEN_TO_BE_REPLACED