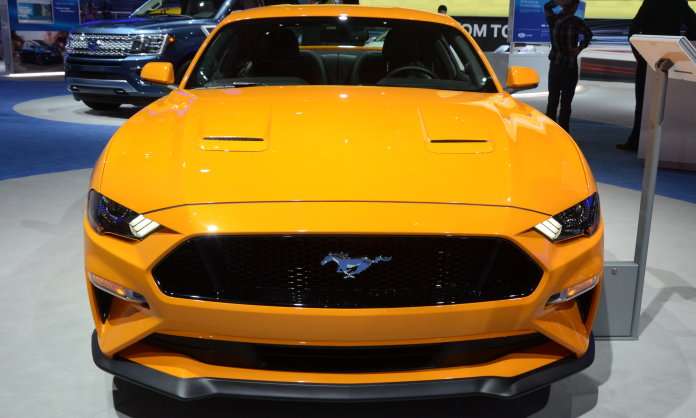 A window sticker for a 2018 Ford Mustang GT with the new 10-speed automatic transmission has surfaced online and as expected, the newest pony car offers slightly better fuel economy thanks to the new gearbox even though the engine offers more power than the 2017 models.
Advertisement

Fortunately, the folks at Mustang6g.com got ahold of a window sticker for a 2018 Mustang GT with the new 10-speed transmission and fuel economy do improve – but not by as much as some had expected.

Now, I should point out that few people who buy a new Ford Mustang GT are going to be all that concerned with fuel economy, but for a car like this, getting slightly better range is a nice little upside to all of the rest of the key features of the vehicle. Most people will buy it for the sleek exterior design, the increase of 25 horsepower and 20lb-ft of torque increase of the car’s ability to blast to 60 in less than 4 seconds, but those folks will also enjoy getting slightly better fuel economy as well.

In any case, the 2018 Ford Mustang GT with the 10-speed automatic transmission will move out from a stop to 60 miles per hour in less than 4 seconds, but it is also more fuel efficient than the outgoing version.