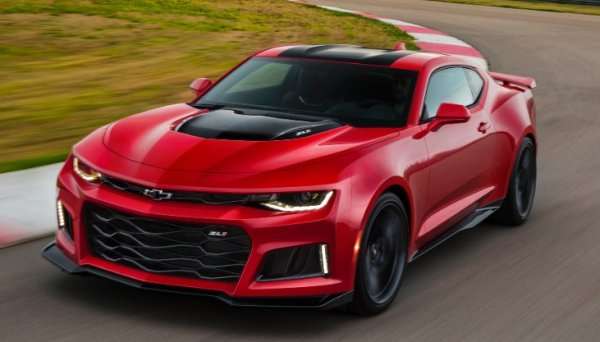 The order guide for the 2017 Chevrolet Camaro has been posted on the enthusiast website Camaro6.com and the most significant information in the 100-page PDF is the power rating for the new 6th gen Camaro ZL1 – with 650 horsepower and 650lb-ft of torque rather than the preliminary figures of 640 and 640.
Advertisement

Based on information posted on the Camaro6.com forum by a dealership employee, it looks like the 2017 Chevrolet Camaro ZL1 will also see an increase in power over the preliminary figures. While this increase isn’t as big of a climb as the Corvette (from debut to production) – the new ZL1 seems to be getting the same official production power figures as the Z06.

Camaro ZL1 Packs Monster Power
The 2017 Chevrolet Camaro ZL1 is powered by the same supercharged LT4 V8 as the C7 Corvette Z06, and according to the dealer order guide, the Camaro will offer the same 650 horsepower and 650lb-ft of torque as the Corvette. It had been expected that the ZL1 would have a slightly lower power rating simply to give the Z06 the title of being the brand’s most powerful, but it looks as though the new Camaro will be a 650 horsepower machine.

Really, it doesn’t make a whole lot of difference if the new Camaro ZL1 had 640 or 650 horsepower, but in the ongoing horsepower war – every little bit helps on the marketing end. With 650 horsepower, the 2017 ZL1 is comfortably the most powerful Camaro ever, beating the previous ZL1 package by 70 horsepower. More importantly, the new ZL1 was designed to be an all-around performer, so in addition to being quicker, faster and more powerful than the 5th gen ZL1 – this new model should handle significantly better.

Less Power Than the Hellcat
Whether the 2017 Chevrolet Camaro ZL1 has 640 or 650 horsepower, it is still going to fall well short of the 707hp output of the Dodge Challenger SRT Hellcat. This means that the Challenger will go on being the most powerful 2-door American car, but the Camaro should be lighter and – on a track with turns – the ZL1 should be able to beat up the Dodge Challenger.

Of course, real world performance results will have to be proven, but with 650 horsepower, the 2017 Camaro ZL1 is going to be one bad bowtie-clad machine.