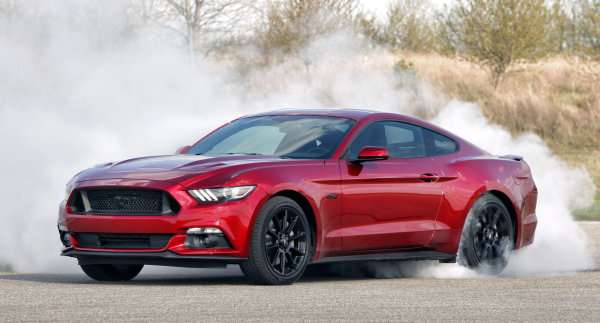 However, the Ford document posted on Mustang6g revealed the pricing for the 2016 Ford Mustang in V6, EcoBoost, GT and the various premium trims along with details for both the fastback and the coupe. We also get a long list of option prices, all of which appear to be the same as the 2015 Mustang when applicable. Also, while there is no mention of the new Shelby, we do get some insight on pricing for the new options for the 2016 model year, including the Black Accent Package and the EcoBoost Pony Package.

2016 Mustang Prices
The 2016 Ford Mustang pricing revealed thus far pertains to the V6, EcoBoost and GT models for both the fastback and convertible, along with the EcoBoost Premium and GT Premium packages. In every case, the pricing for the 2016 Mustang remains the same as the prices for the 2015 Mustang, including the $895 destination fee (prices below do not include destination).

Option Prices for 2016
There is a long list of options priced out thus far for the 2016 Ford Mustang, but we will touch on the key line items, starting with the 6-speed automatic transmission that costs $1,195 and a 3.55 rear axle setup that adds $395 to the bottom line.

The Recaro cloth sport seats in the EcoBoost and GT non-Premium models cost $1,595 and the leather Recaro seats for the EcoBoost Premium and GT Premium costs the same amount.

The 2016 Mustang GT Performance Package adds either $2,495 or $2,690 depending on the wheel package chosen, the Black Accent Package adds $995 and the new California Special package adds $1,995 – making for a great deal on the new GT/CS.

Finally, the new black roof option for the 2016 Mustang EcoBoost and GT adds $695 while the new over the top racing stripe package costs $475.