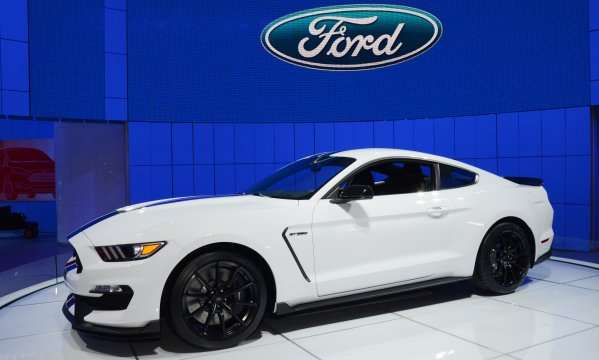 Ford Motor Company announced this morning that the new Shelby GT350 Mustang will official arrive as a 2015 model year vehicle in order to properly celebrate the 50th anniversary of the original Shelby Mustang, but with this new model coming so late in the year, only 137 copies of the 2015 GT350 will be built.
Advertisement

Since the new Shelby GT350 Mustang was introduced last year, Ford Motor Company has avoided mentioning the model year. At first, it was expected to arrive for the 2015 model year, but as we have gotten well into the 2015 model year without any sign of the new GT350, it was assumed by most that it would arrive late this year as a 2016 model. This discussion was stoked a bit a few weeks back when a member from Mustang6g posted information stating that there would be a late-run 2015 Shelby Mustang. Of course, that information was leaked and unofficial, so we still didn’t have solid information on how the new GT350 Mustang would be labeled.

“Fans of the Shelby brand are among the most passionate in the automotive industry,” said Henry Ford III, Ford Performance marketing manager. “To honor the passion of our fans for Shelby GT350’s 50th anniversary, a limited run of GT350 models will be built in 2015; these cars will be highly coveted by both Mustang and Shelby enthusiasts alike.”

Back in 1965, Carroll Shelby assisted in the design of the GT350 Mustang race cars and during the planning of that race-only package, Mr. Shelby wanted there to be two prototypes and 35 production models for sale. Even though records show that only 34 examples of the original Shelby GT350 Mustang race car were built and sold, Ford Motor Company is using Mr. Shelby’s original figures for the 2015 GT350R.

Expect Gigantic Markups
Unless Ford sets up some sort of program which prevents dealerships from adding huge markups, we can expect the actual sale prices on these 137 2015 Shelby GT350 Mustangs to be astronomical. There are rumors that the GT350 will start in the low $50k range, but with just 137 examples being built, they will be incredibly hard for the dealerships to get and when they do get one, you can bet that they will charge the buyer for the privilege of owning one of these ultra-rare Shelby Mustangs. These cars could very well be one of the most collectable of any modern Ford Mustang and exclusivity like that comes with a big price.