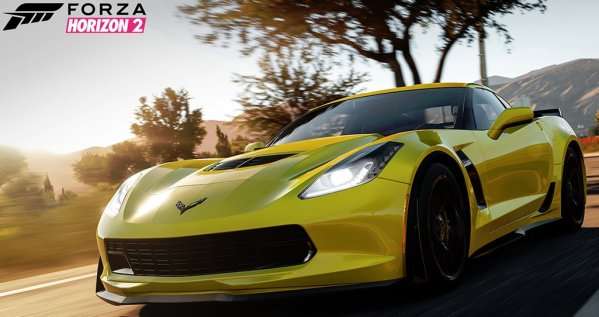 Those Chevrolet performance fans who are involved in the gaming world will be happy to hear that the 2015 Corvette Z06 coupe has come to Forza Horizon 2 as part of the May car pack, bringing the most track capable Corvette of all time to one of the greatest open-world racing games of all time.
Advertisement

The Chevrolet Corvette is a major player in the world of racing games so it comes as no surprise that the most track capable Corvette of all time has come to the open-world racing game Forza Horizon 2. The 2015 Corvette Z06 joins a long list of Corvettes and other Chevrolet performance cars on this fantastic racing game, arriving as part of the May 2015 car pack.

May Alpinestars Car Pack
The 2015 Chevrolet Corvette Z06 hits the world of Forza Horizon 2 as part of the May Alpinestars car pack, arriving yesterday with five other vehicles including the 1953 Corvette, so the most track capable Corvette of all time joins the gaming series with the very first Corvette. Considering that the 1953 Corvette had a 160 horsepower inline-6 engine, the arrival of these two cars shows just how far the Corvette has come in its long and storied history.

Joining the two Corvettes for the Alpinestars car pack is the 1991 Jeep Grand Wagoneer, the 2015 Audi TTS Coupé, the 1970 AMC Rebel "The Machine” and the 1992 Bugatti EB110 Super Sport. The package costs $4.99 and it is not included in the season pass, but those Forza Horizon 2 gamers who want the Bugatti can download that car for free.

This portion of this piece is where I geek out about the Corvette Z06 on Forza Horizon 2, so if you don’t play the game and don’t follow racing games, you can probably stop reading, as everything else is based on gameplay.

Corvette Z06 –vs- Viper GTS
As a regular Forza Horizon 2 gamer, I’m a bit surprised to see how highly rated the 2015 Corvette Z06 is, hitting the game with a stock S1 900 rating. For comparison, the Dodge Viper GTS has a rating of 857 and while the Corvette very well could prove to be the better race car of the two, it doesn’t seem like that big of a gap. The Corvette has 7.6 speed, 7.7 handling, 8.7 acceleration, 8.3 launch and 9.4 braking. The 2013 Viper GTS has 7.8 speed, 7.4 handling, 8.7 acceleration, 8.4 launch and 8.9 braking so while the Corvette has the advantage in handling and braking, the Viper has the edge in speed and launch, while posting equal acceleration figures. The Z06 is free for VIP gamers but those who are not on the VIP list will expect to pay 90,000 credits or 150 tokens, which is quite a bit more expensive than the Viper GTS.

Corvette Z06 Could Struggle Online
This gives Corvette fans bragging rights in the gaming world, but this 900 rating could prove to be a problem for those playing online. With the 900 rating putting it at the very top of the S1 scale, I expect that inexperienced Forza gamers will use this car in S1 races, but even with very good stock tires, the vast majority of the other cars will have racing slick tires. If you equip the Corvette with racing tires, it pushes the rating well into the S2 range where it might do just fine, but we can definitely expect to see people using it in S1 races and it could be at a major disadvantage compared to those modified cars with race tires.

I played with the Corvette Z06 for a few minutes this morning and the car drives very nicely, but I suspect that it will not turn down comparable lap times to my built 900 rated Viper and Huracan.