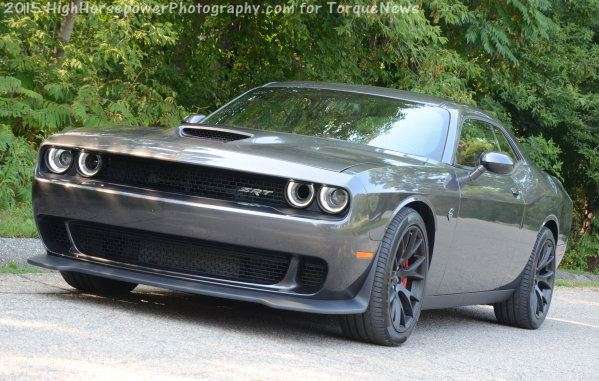 The sales numbers for September are in and while the monthly totals weren’t great for the Dodge Challenger, last month officially made 2015 the best year for the modern Mopar muscle car - topping all years since the new Challenger was introduced back in 2008.
Advertisement

The Dodge Challenger is often overshadowed by the Ford Mustang and the Chevrolet Camaro when it comes to discussions about sales leaders due to the fact that month after month and year after year, the Mopar muscle car sells fewer units than the cross-town rivals. Of course, everyone involved with the muscle car world knows that the Challenger is the most powerful, the quickest and the fastest of the three muscle cars, but the simple fact that Dodge sells less Challengers than Ford sells Mustangs or Chevrolet sells Camaros, the success of the Challenger often goes unnoticed by many – but not by me.

I have watched the sales numbers of the Dodge Challenger climb steadily over the past five years while covering the muscle car sales race and while we all knew that the popularity of the Scat Pack and SRT Hellcat models would lead to big sales numbers, no one could have predicted a year like this.

An Annual Record in September
Dodge sold “only” 4,552 examples of the Challenger last month, making it the worst month of the 2015 calendar year, but in moving those 4,552 Mopar muscle cars, the annual sales total rose to 51,949. The previous annual sales record was set last year, when Dodge sold 51,611 examples of the Challenger and in 2013, 51,462 Challengers sold was the modern record.

Below is a list of Dodge Challenger sales totals dating back to when the modern muscle car was introduced for the 2008 model year.

During the 2015 calendar year, the Dodge Challenger has averaged 5,772 units per month, but the 4th quarter has historically been the worst for the Mopar muscle car. However, the Challenger could very well maintain a pace above 4,000 units per month in October, November and December. Should the company send out another 12,000 muscle cars into the world before the end of 2015, Dodge will end up moving right around 64,000 Challengers this year. Of course, that estimate could be high or low, depending on the timing of the 2016 Hellcat Challenger deliveries later this year.

1970 is Still the Champ
While the 2015 Dodge Challenger sales account for a record during the modern era that began back in 2007, the odds are good that this year will not lead to an all-time record for the Dodge muscle car. According to the folks at MuscleCarClub.com, 1970 was the best year ever for the Dodge Challenger, when 72,975 units were sold. Right now, the Challenger is about 20,000 units away from the 1970 total, so Dodge would have to turn in record sales numbers in each of the final three months of the year to knock off the 1970 Challenger.

However, even if Dodge didn’t sell another Challenger for the rest of the year, 2015 is officially the best sales year in the modern era of the brawny Mopar muscle car.

Luke Johnson wrote on October 7, 2015 - 7:29am Permalink
As a Challenger owner who receives compliments almost daily about how "cool" my car is, I wonder why more Challengers aren't sold, compared to Mustangs or Camaros. One reason might be that Challengers appeal more to men than to women, but that many men who are limited to owning one vehicle will choose a truck instead of a car. On the other hand, women limited to one vehicle are less likely to choose a truck and more likely to choose a car, and since they in general prefer the Mustang or Camaro, those vehicles consistently outsell the Challenger.
Craig l wrote on November 8, 2015 - 8:54am Permalink
I have ordered a 2016 Challenger Hellcat. It Was ordered on the 10th of Sept. My order has an Option of a 8 gallon Larger Fuel Tank. Its a 995.00 Option added with the other things I added to the Car. Any idea why that option has not been seen?
Stu wrote on August 24, 2016 - 4:03pm Permalink
It's a no brainer why the Mustang and Camaro easily outsell the Challenger - the Challenger is much slower. In the world of muscle cars, speed is probably the most important thing. When your R/T Challenger is as fast as a much cheaper 4 cylinder Mustang you know you are going to lose customers.