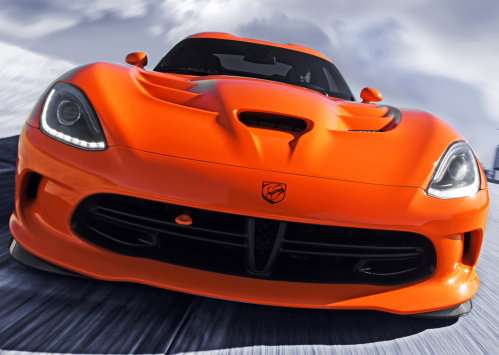 The 2014 SRT Viper TA - does it replace or preface the Viper ACR?

The 2014 SRT Viper TA has stormed onto the scene with improvements that make it the best performing new Viper but the new Time Attack model leaves many wondering whether the TA has been introduced instead of the American Club Racer or if the Viper TA is just the first step towards the new Viper ACR.
Advertisement

Before the 2014 SRT Viper TA was introduced earlier this week, it was widely expected that the next trimline for the new Viper would be the return of the mighty American Club Racer (ACR) package that still holds records around the world from the 2010 model year Dodge Viper SRT10. There were even reports in late February that an unnamed Chrysler employee told Motor Trend that there would be a new Viper ACR coming in 2014 and that the hold up on this new higher performance package was the search for superior tires. Once that hit the press, the Mopar supercar community had pretty much resigned themselves to the wait for the new Viper ACR next year but everything changed when the Chrysler Group virtually introduced the 2014 SRT Viper TA. Click here for a closer look at the new Viper TA.

The 2010 Dodge Viper ACR that set track records around the world was a special package that had an extremely aerodynamic body upgrade, an enhanced braking and suspension package and a handful of changes to lower the weight that involved removing unneeded items – features that are shared in large by the new 2014 SRT Viper TA. Like the 2010 Viper ACR, the 2014 Viper TA features a special track purposed suspension setup, a massively improved, track ready braking setup and a set of lightweight wheels wrapped in high performance rubber. Like the 2010 Viper ACR, the 2014 Viper TA features unique body upgrades that improve handling by adding downforce. Like the 2010 Viper ACR, the 2014 Viper TA relies on the same drivetrain as the standard production Viper with the same power figures and like the 2010 ACR – the 2014 SRT Viper TA has an interior that does without some of the luxury features that are not needed to set track records.

When you look at the similarities between the 2010 Dodge Viper SRT10 ACR and the 2014 SRT Viper TA, one could debate that the new TA is taking the place of the ACR in the Viper lineup. However, where the Viper Time Attack really differs from the Viper ACR that still holds the production record at the famed German Nürburgring is the general level of extremeness of the new TA. The only exterior components to differentiate the Viper TA from the GTS models are the carbon fiber front splitter and rear wing (both of which are available on the Viper GTS), the matte black wheels of the Viper Track Package (available on Viper GTS), the unique TA badging on the fenders and the hood from the base 2013 Viper. On the inside, the Viper TA is practically identical to the base 2013 Viper. The Viper TA is literally a culmination of both standard and optional features of both the Viper and Viper GTS with a specially designed suspension and braking system.

On the other hand, the 2010 Dodge Viper SRT10 ACR featured an exterior design that is unmistakable with a prominent front splitter, front canards, unique wheels (wrapped in package-specific tires), an aggressive rear diffuser and a monstrous rear wing. The new Viper TA follows the design direction of the previous Viper ACR but it is nowhere near as extreme in its aerodynamic design as the record setting American Club Racer. Also, the Viper TA features the same tires as the Viper GTS. Because of these differences, I believe that the Viper TA is just the first step towards the 2014 introduction of an even higher performance SRT Viper ACR.

I expect that the Motor Trend report that there is a new 2014 SRT Viper American Club Racer coming next year will come true and, as the report suggested, the new ACR will feature upgraded the braking and suspension components to those found on the Viper TA but the lightweight wheels will come wrapped in even better tires from Pirelli. I also expect that a new Viper ACR will have more significant changes on the outside including a more race-ready front fascia, a more aggressive rear lower diffuser and a massive rear wing – just like the ACR that it replaces. I would also expect that the new Viper ACR will have an even lighter interior layout than the Viper TA.

The 2014 SRT Viper TA will make its formal auto show debut next week at the 2013 New York International Auto Show and at that point, we might get some new details that make it clearer whether the Viper TA is the replacement for the Viper ACR or if the Time Attack is the first step towards the next generation American Club Racer. Stay tuned!