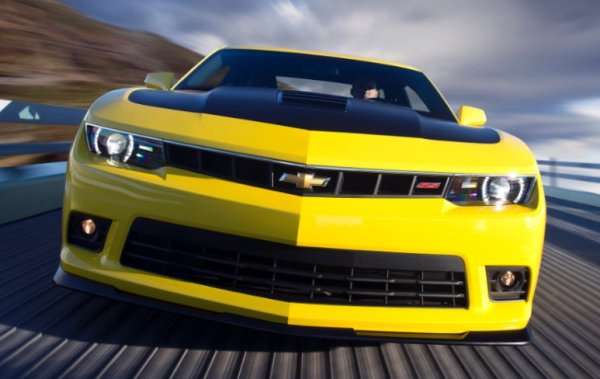 General Motors has issued a recall for the 2014 Chevrolet Camaro and several other GM vehicles over a concern that the bolts holding together the steering assembly and portions of the front suspension may not have been properly tightened – possibly leading to a sudden loss of control while driving.
Advertisement

General Motors has recalled a small group of 2014 models including the Chevrolet Camaro, the Buick Regal, the Cadillac XTS and the Chevrolet Impala over a concern that portions of the steering and front suspension assemblies may not have been tightened properly. This could present a much greater danger to both occupants of the recalled vehicles and other people on the road around them, but there is some good news. GM caught the possible problem quickly enough and addressed the issue through the production chain right away, so only 106 vehicles may be affected by this recall.

The Problem Explained
The 106 examples of the 2014 Chevrolet Camaro, Chevrolet Impala, Buick Regal and Cadillac XTS included in this new front suspension and steering assembly may all have fasteners in the front suspension and steering assembly that may not have been properly tightened during production. Should the troublesome fasteners not be tightened correctly, they could work their way loose over time. When these nuts and bolts get loose enough, the steering intermediate shaft and the steering gear could separate or the lower control arm and the lower ball joint could separate.

Should the steering intermediate shaft separate from the steering gear in your 2014 Camaro, Impala, Regal or XTS, the input from your steering wheel will not have any impact on the direction of the front wheels. In other words, you could lose all steering control suddenly and without any notice.

Should the lower control arm and lower ball joint of your Camaro separate, that wheel will suddenly “collapse” in the wheel well and it will go whatever direction it wants – obviously making it impossible to control the vehicle.

Both of these possible situations could prove to be very dangerous to everyone on the road around these 106 new GM vehicles, but the company has already been hard at work, contacting the owners of these vehicles and getting them back into the dealership. Once there, a technician inspects the questionable fasteners, tightening or replacing anything that is out of spec.

A Bad Day at the Plant Leads to a Recall
Aside from the troublesome suspension/steering bolts, the 2014 Chevrolet Camaro, Chevrolet Impala, Buick Regal and Cadillac XTS all have one thing in common - they were all built in General Motors’ Oshawa Canada Assembly Plant. Based on the low number of vehicles included in this recall, it seems likely that either a worker had a bad day and made 106 mistakes…or the automated system responsible for torqueing down these fasteners wasn’t calibrated correctly. In either case, the number of affected units is very low, but the potential danger of the problem causing the recall is significant enough for GM to act quickly in getting these models back to the dealerships for repairs.

Clemson Jackson wrote on August 27, 2014 - 3:22pm Permalink
I work at the Oshawa Assembly Plant, and can tell you that it was more than likely a miss firing torque gun. Good for the General at catching it right away, but this will probably not be the last time. With their continuous improvement policy (job cuts), I am sad to say it will not be the last. Two many chiefs, not enough Indians.
Rebecca scott wrote on December 19, 2016 - 10:49am Permalink
My 2014 camero starts makeing a vibrating/ grinding sound when at a stop and turn wheel. As i drive more when i come to stop i bearly have to turn wheel for it to make noise, than after a good 20 mins it makes noise without turning wheel. Won't make noise until I've at least gone 2 miles. And only at stoping. Unless I've been driving for quite awhile then it gets really bad. Power steering fluid is full.